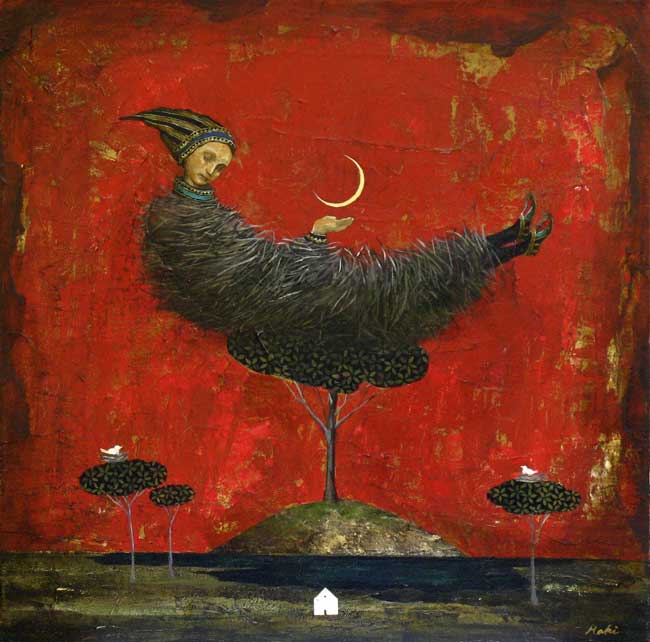 ''Maki Horanai's work has been strongly influenced by the nature of her childhood, growing up in snowy villages along the sea coast in northern Japan. The severe power of the ocean, together with the pure, clean, quiet atmosphere are deeply embedded in her memory. When she was sleeping, the sound of waves was always in her ears. Away from city lights and tall buildings, the stars and moon were always present overhead at night. She is not consciously aware of the meaning of her paintings as she works. Towards the end of each painting, the stories make themselves known to her. ''

''Maki Horanai was born in Japan and presently lives in South East Queensland , Australia . She grew up in small seaside villages in Hokkaido, northern Japan, where she often sat or played along the beach. 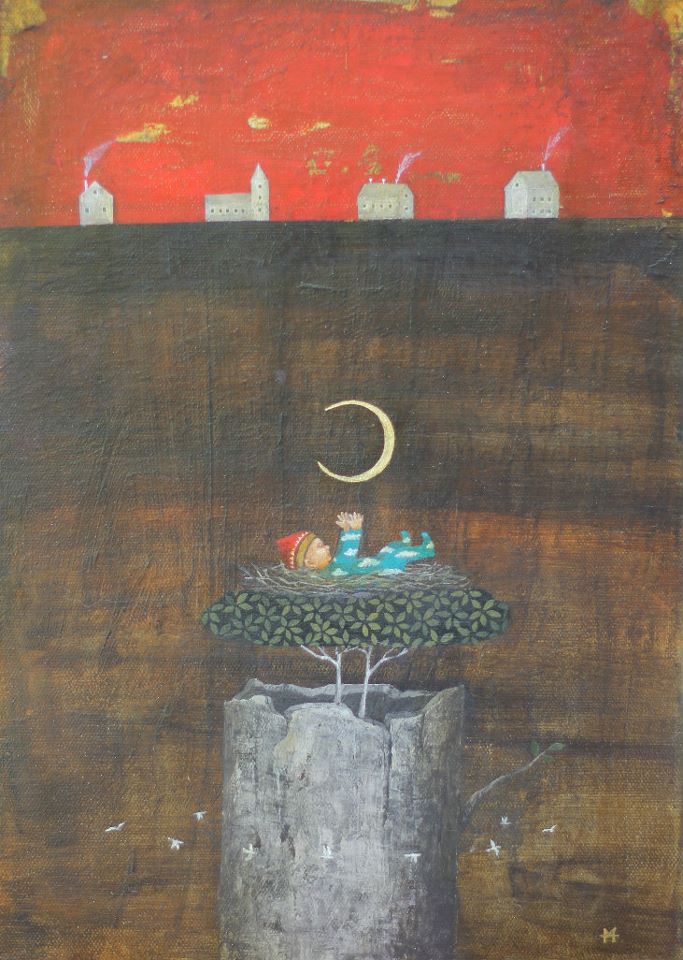 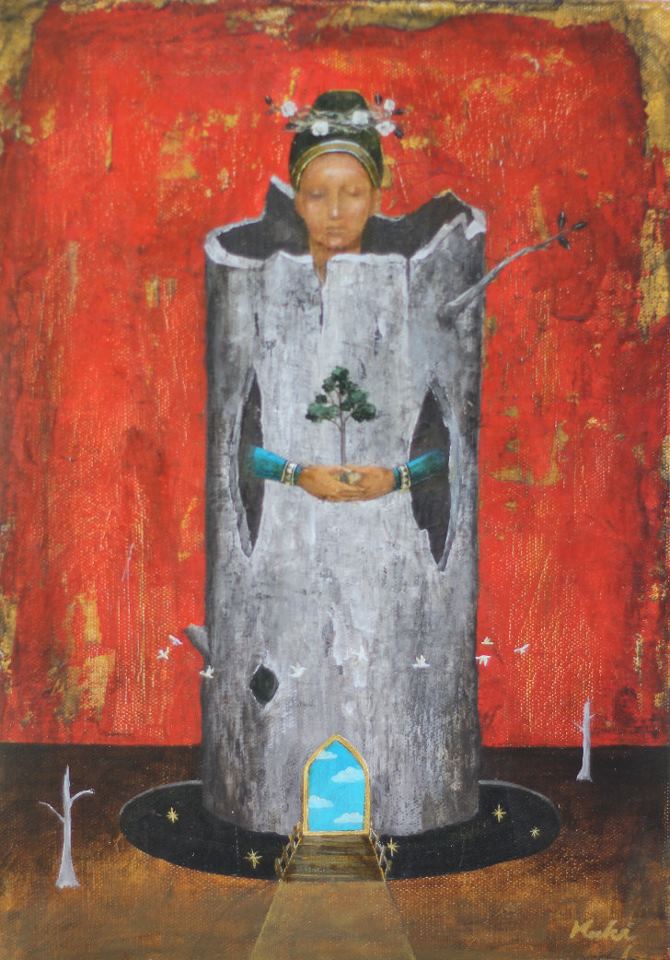 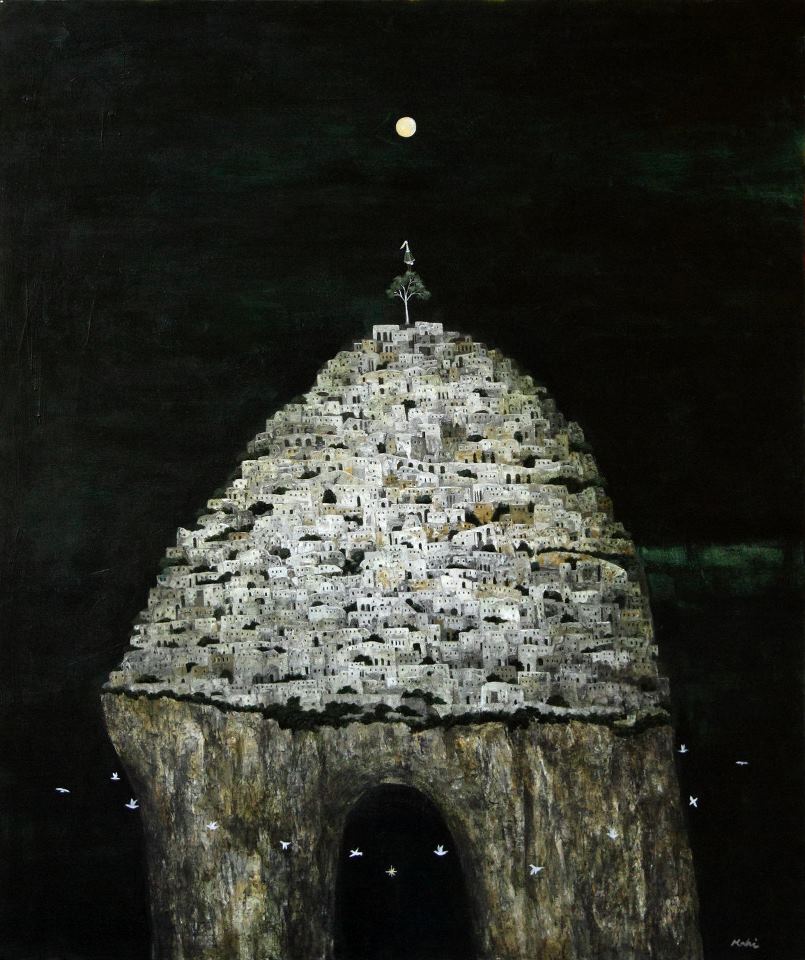 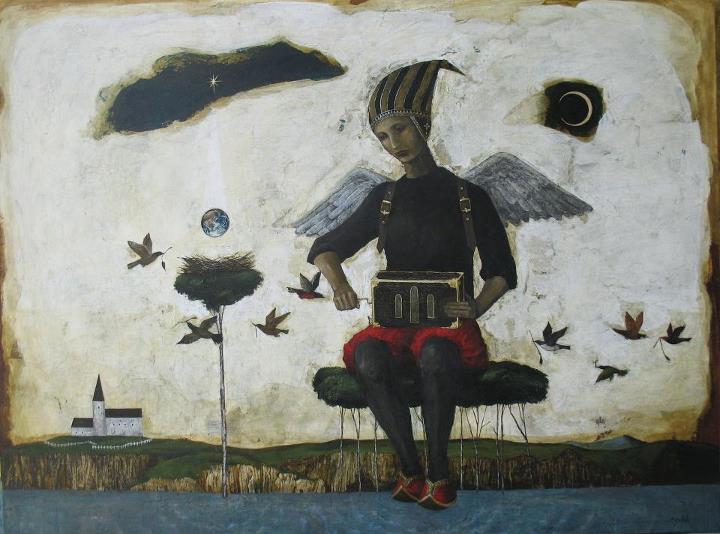 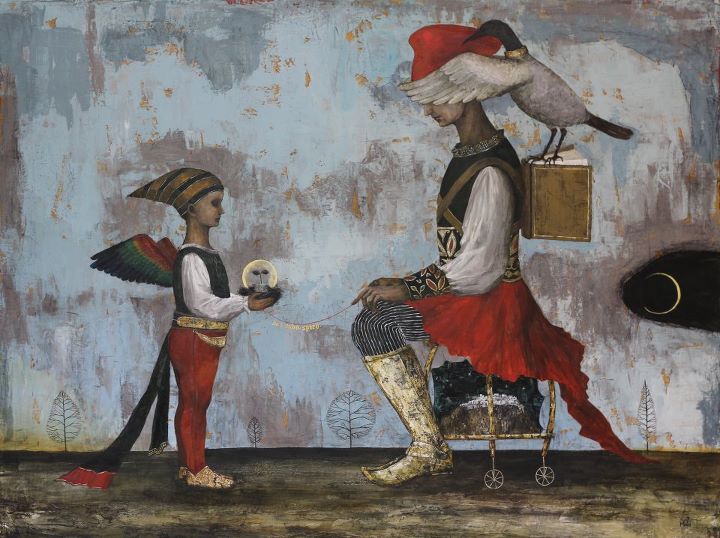 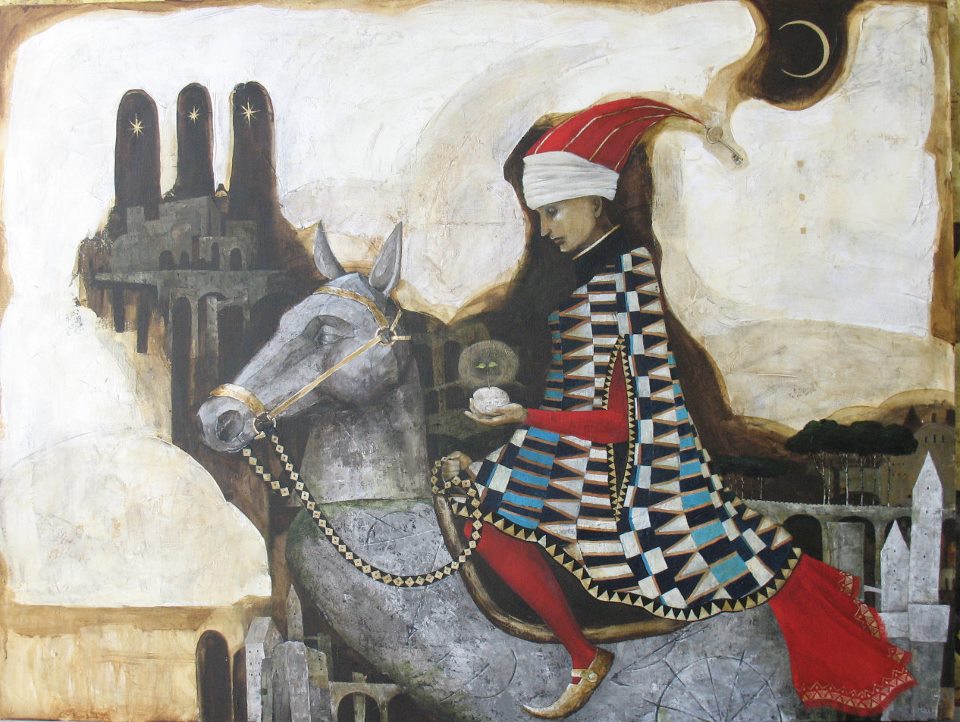 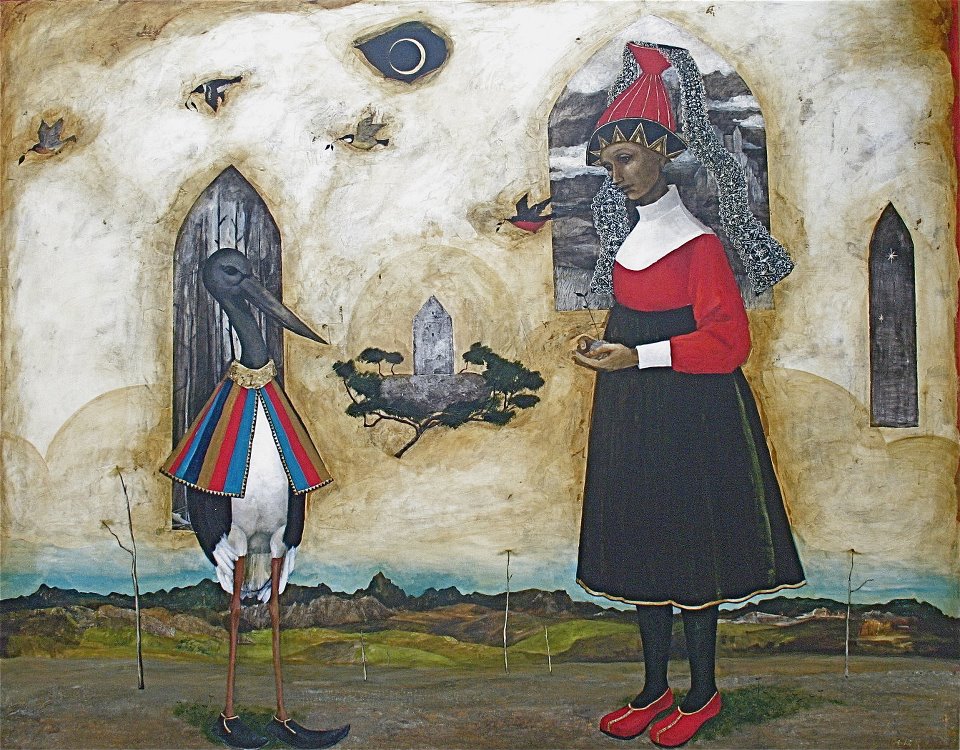 Maki's early influences were the ocean, the shore, the birds and islands she saw both in reality and in her imagination. She began painting in high school and continued through college and graduate school where she was strongly influenced by the colours and themes of western religious/iconic art.

Maki has exhibited widely in Japan and Australia , always affecting people who "see" her art deeply. Maki's paintings show a world that exists both nowhere and everywhere, in the real world and in our dreams. They display a combination of oriental and western sensibilities and defy single term categories. '' 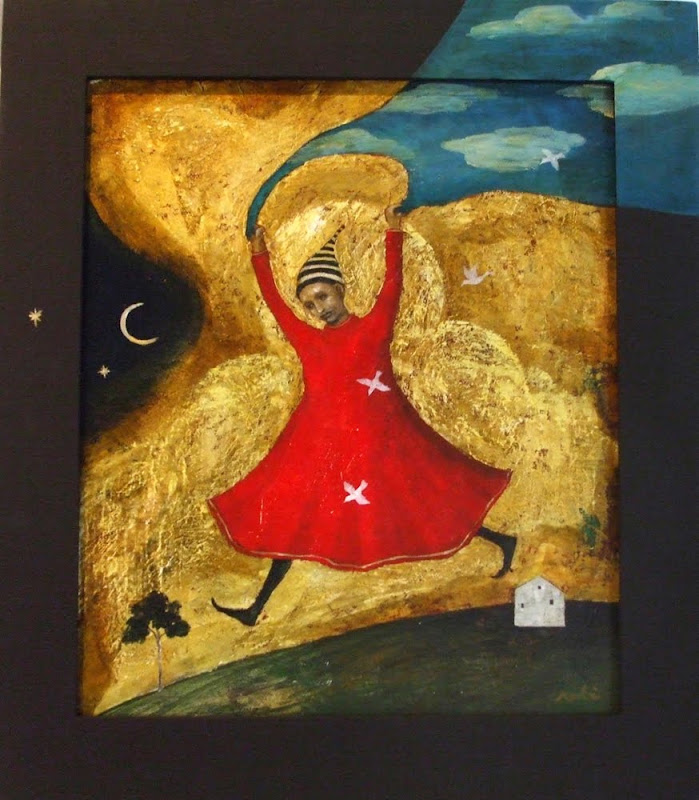 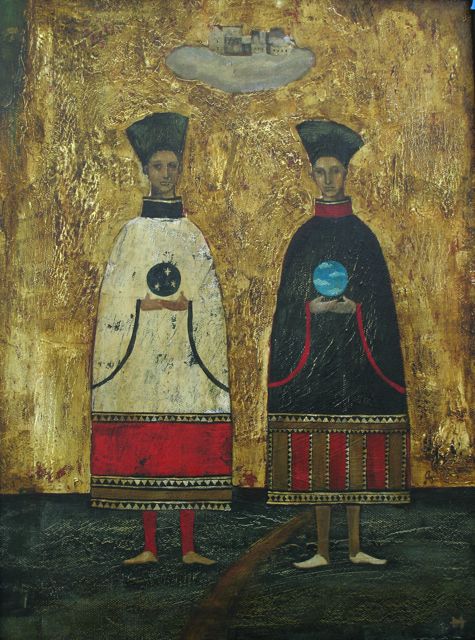 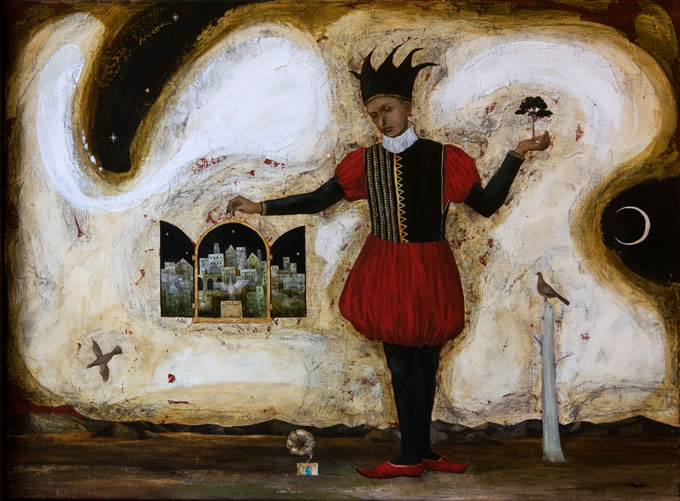 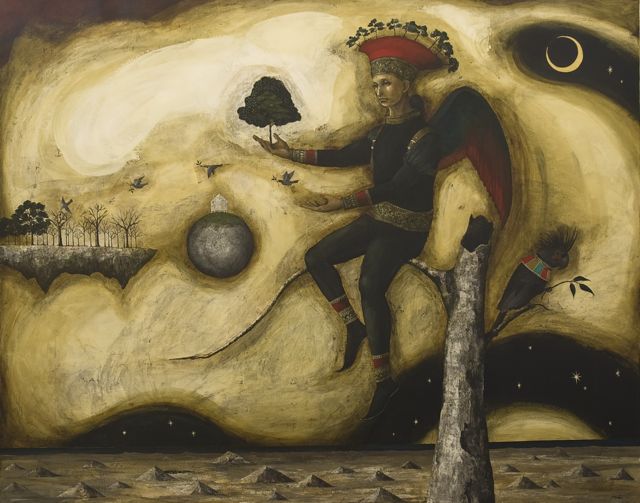 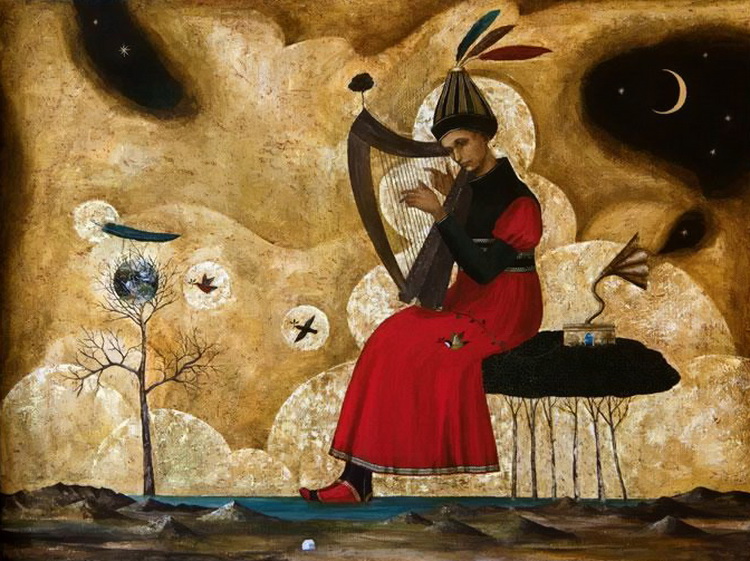 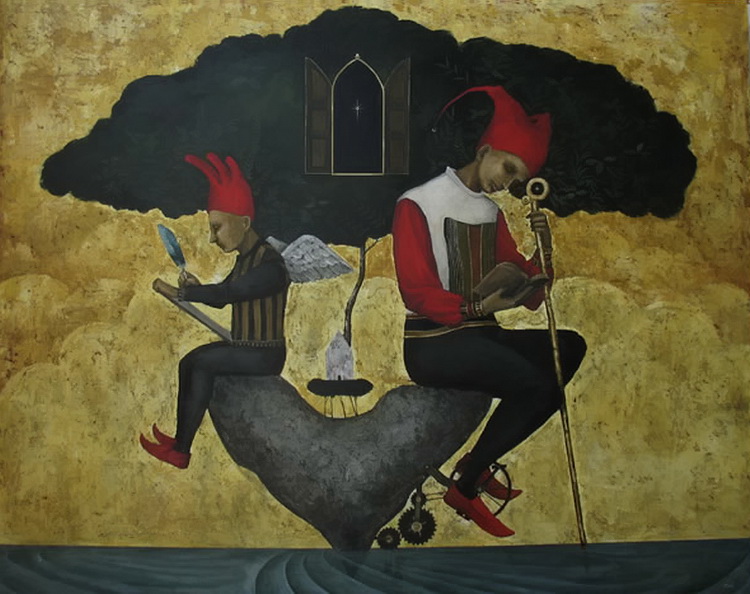 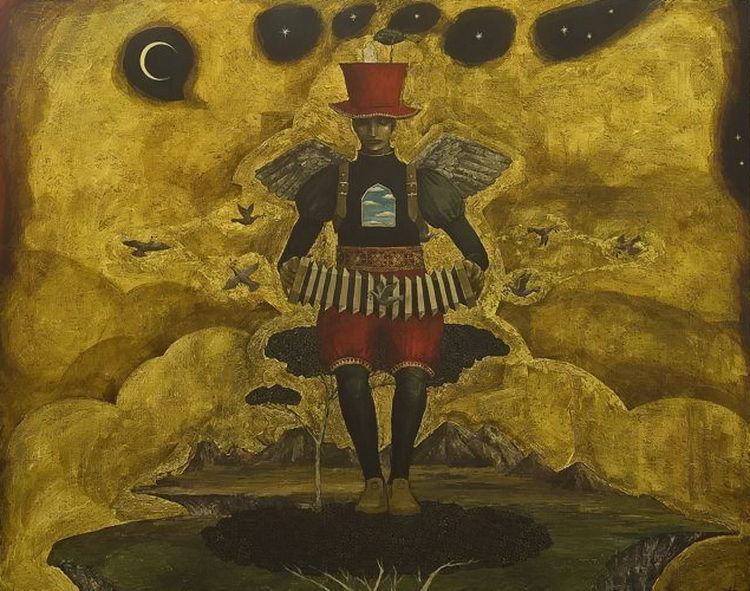 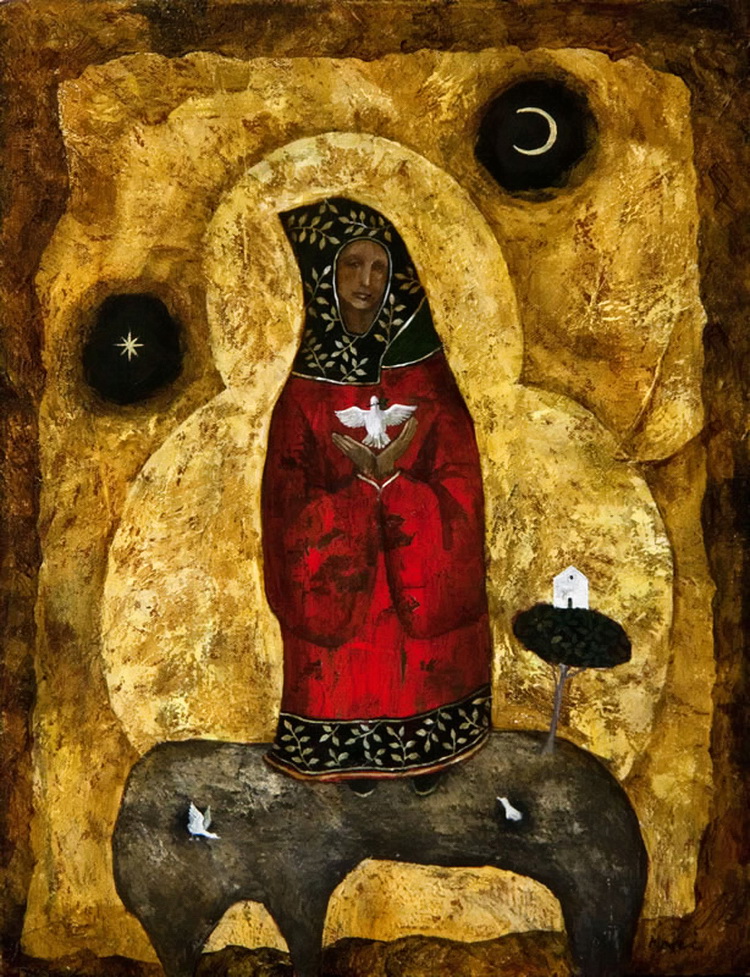 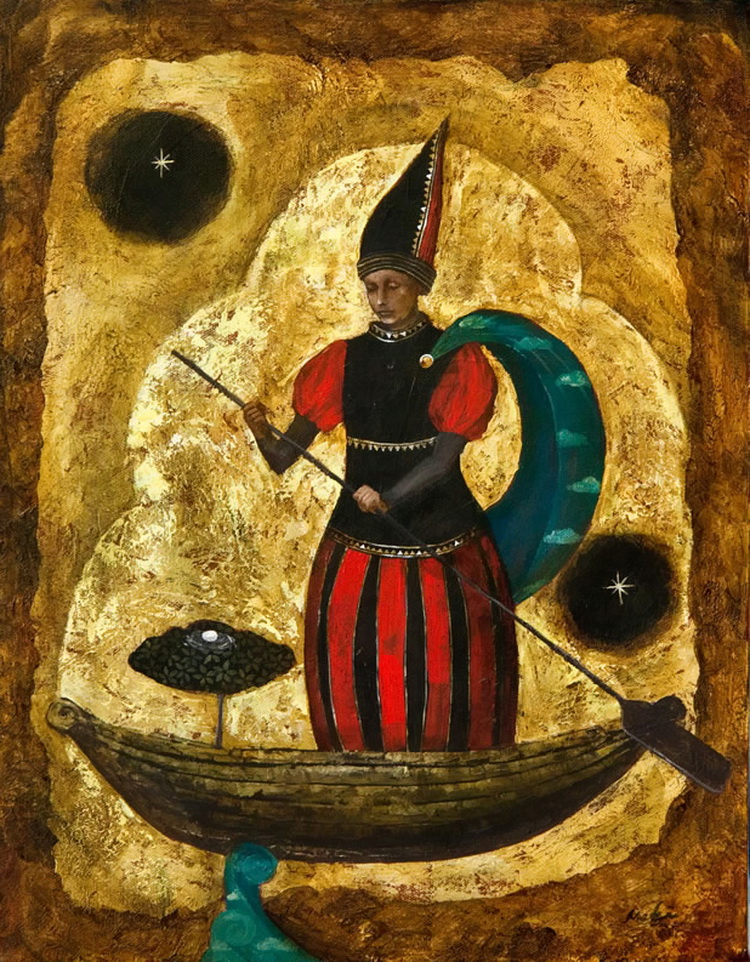 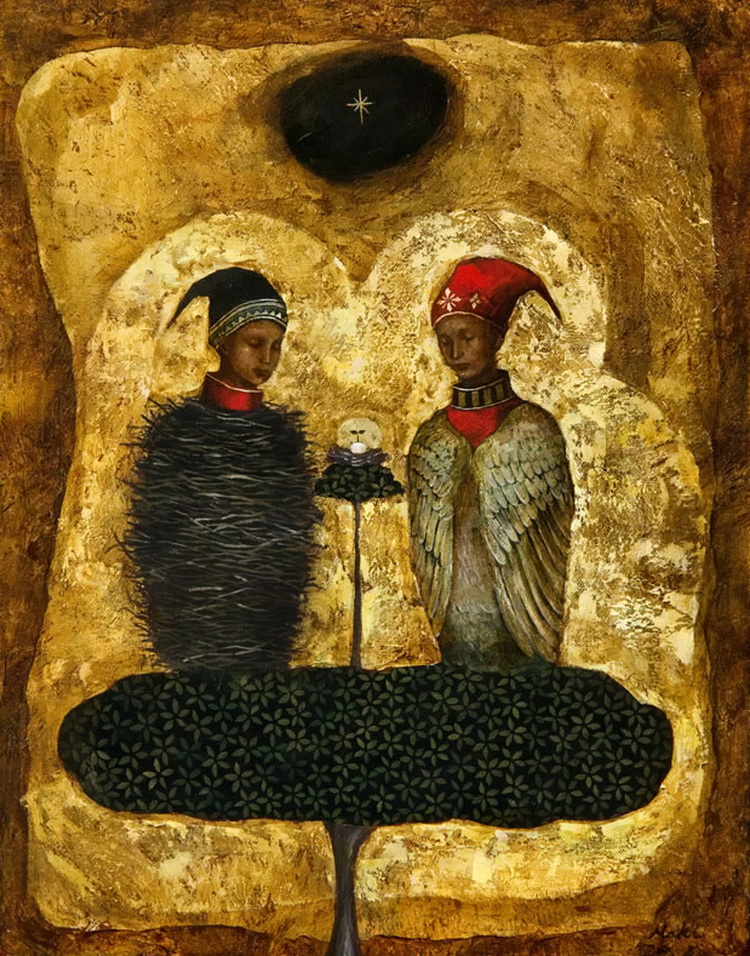 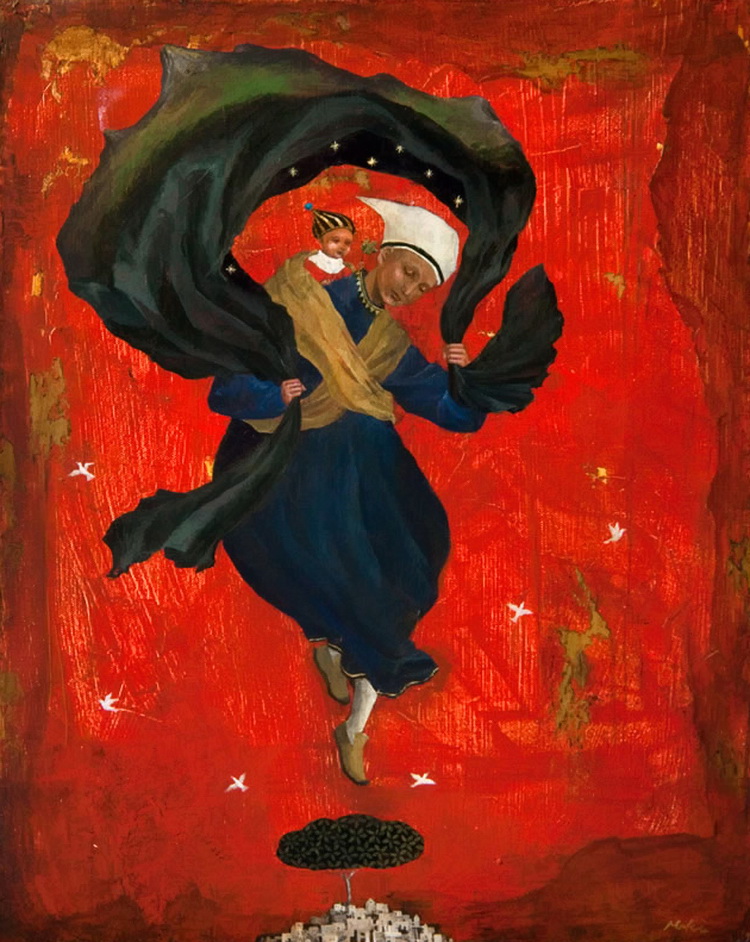 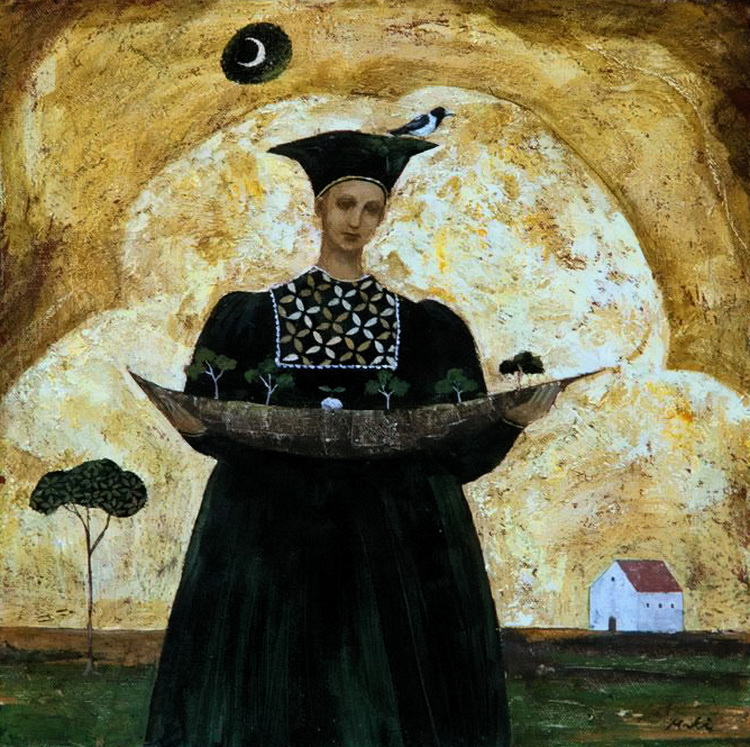 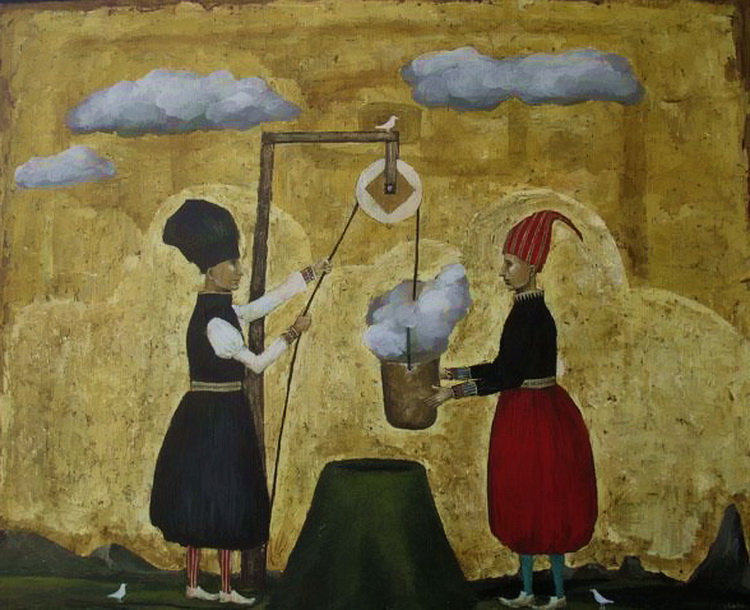 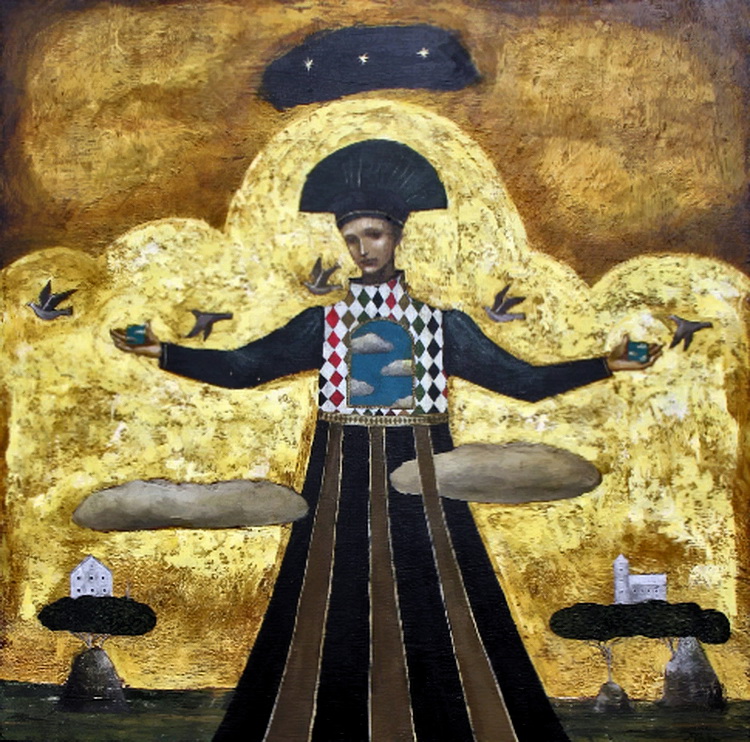 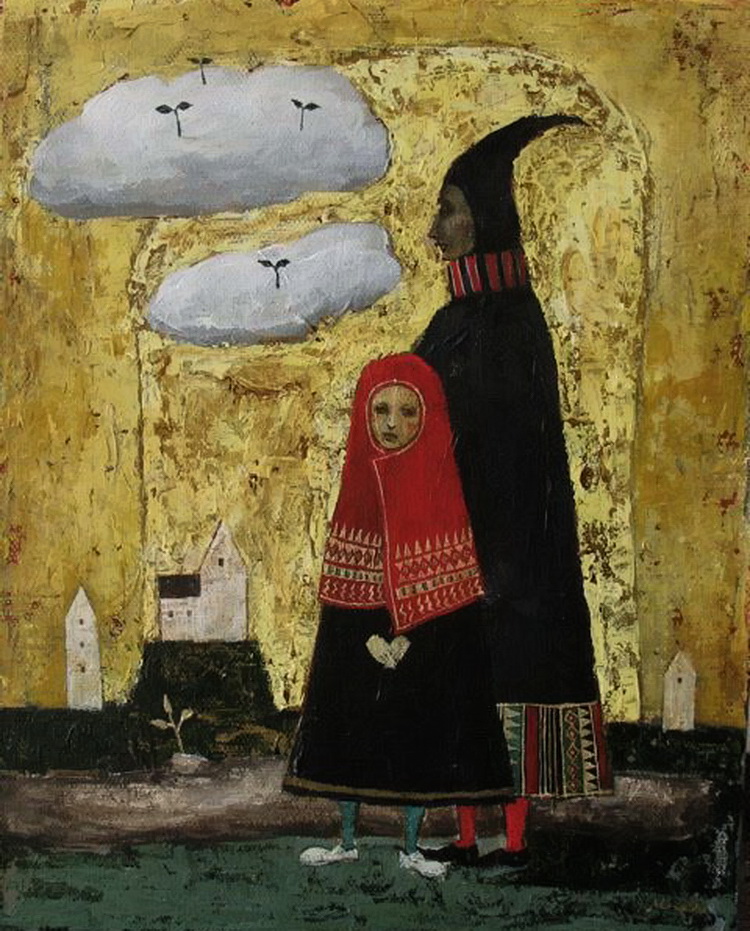 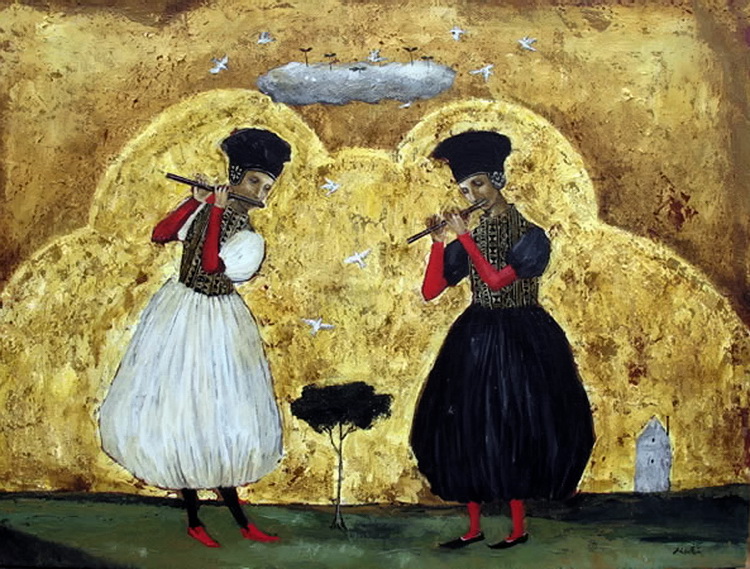 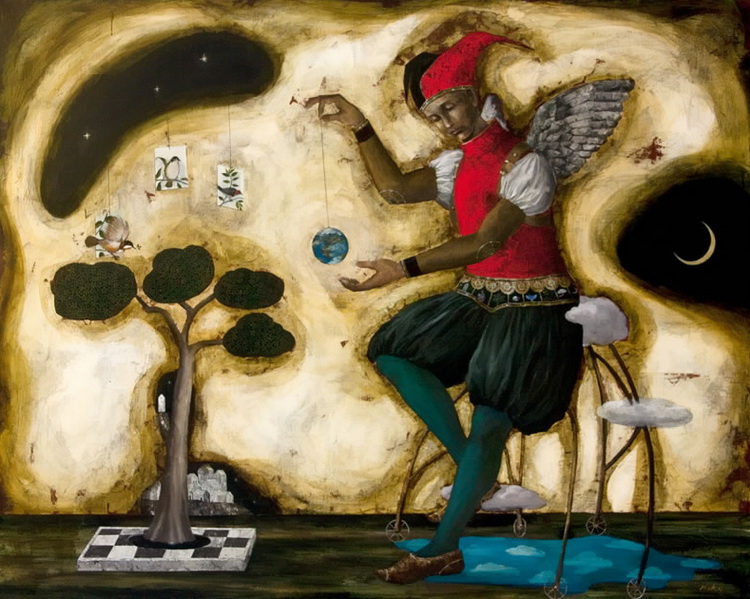 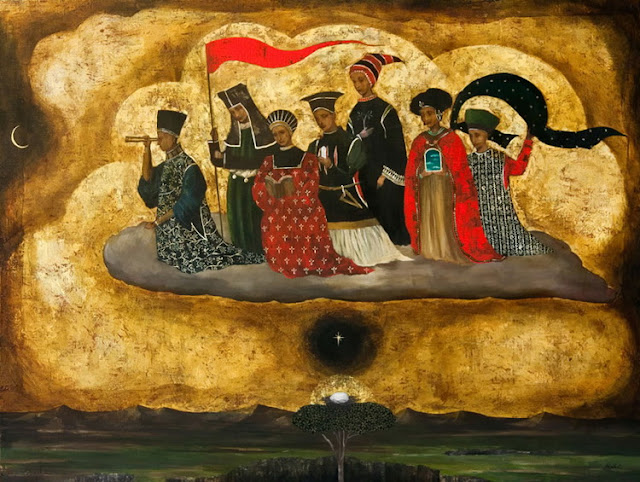 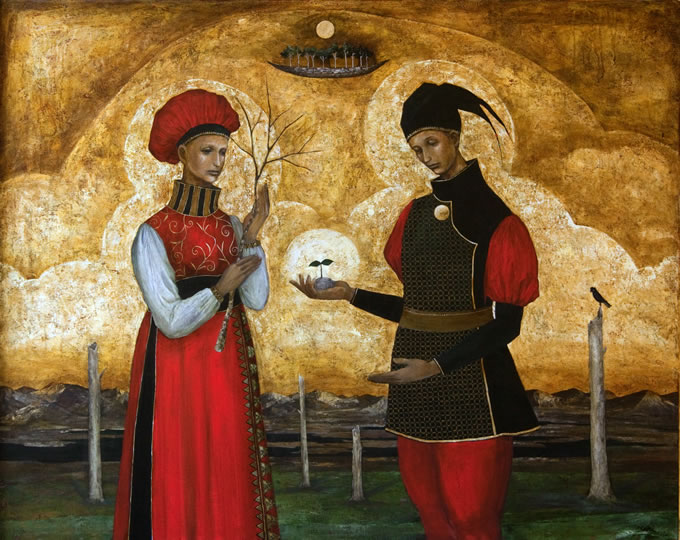