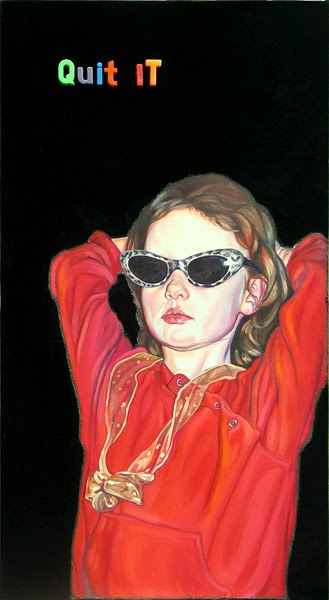 ''My paintings have a dream logic to them. Specific moments caught in time. They are filled with the tension of the moment just before and the moment just to come. Deliberately theatrical - provocative, disturbing, humorous - they explore the specificity of human emotions. They are housed within a style that plays with the tradition of classical portraiture - subverting its formality into a new idea.
I paint with strong, bold, graphic colours that lie just below and above the surface of nature. I'm obsessed with detail and painting flesh in a way that makes it seem alive - the skin transparent. I use realism further to freeze a moment in time.

My paintings have been described as "gothic portraiture" and "magic realism in paint". Keeping with the idea of the theatrical, I see the paintings' subjects as characters in a "dream drama" as much as models. I seek to show them from the inside out - understanding and feeling their positions - joy, stuggle, pain. Yet, where the emotional landscape is real, the physical landscape is surreal, it relies heavily on metaphor and my personal iconography.'' 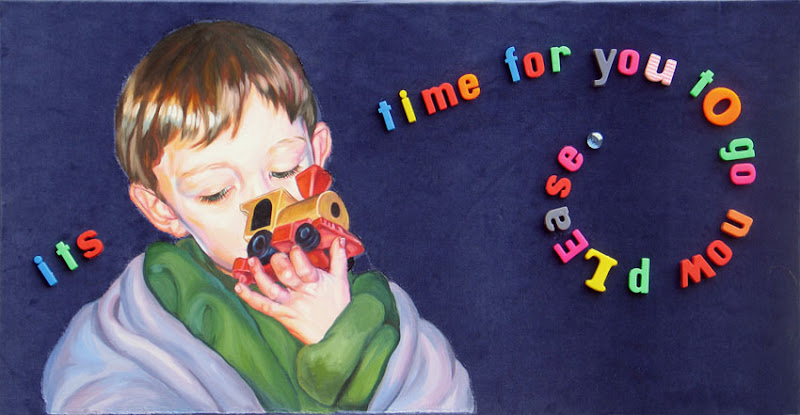 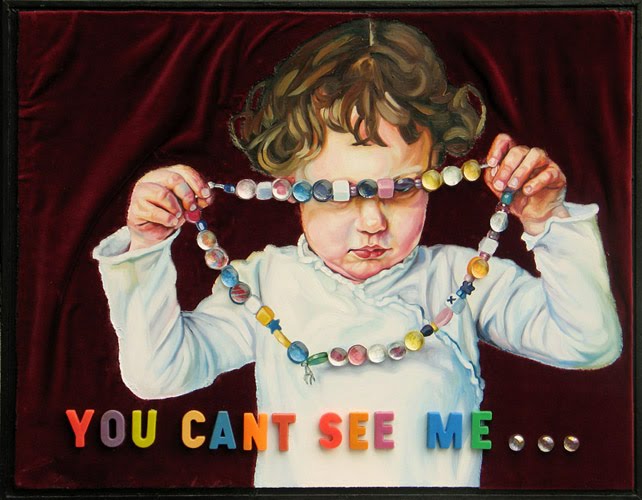 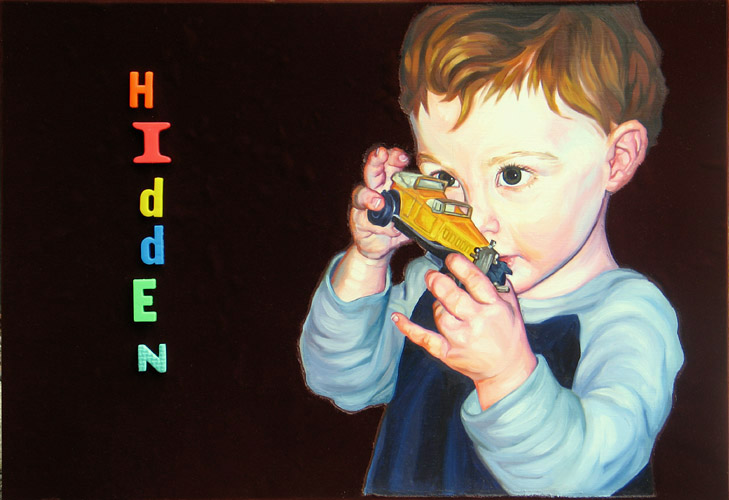 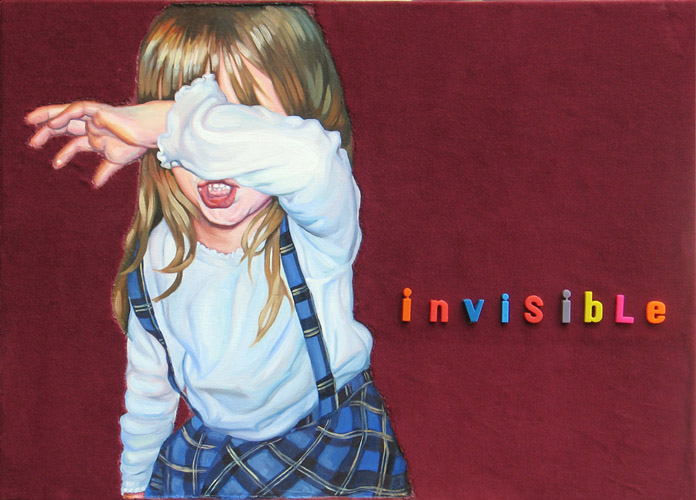 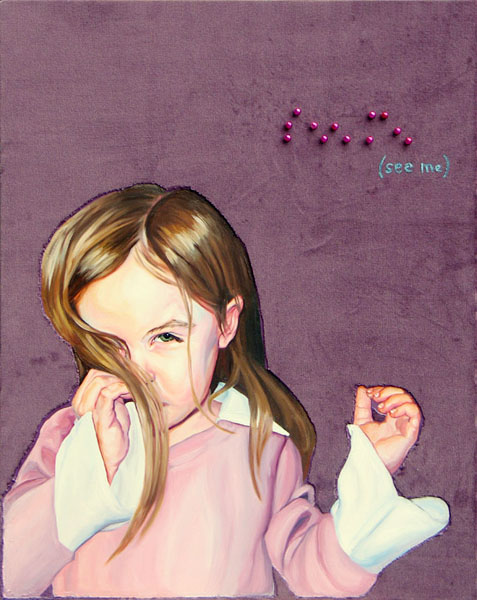 Kirsten Johnson is a Toronto-based visual artist whose work appears in private and public collections all over North America, Europe, Australia and Japan.

Her work often involves a fusing of her visual work with her strong background in performance. Her work last appeared publicly at Toronto's XEXE Gallery with Halo and before that in the inaugural show at Art x Life, in Tokyo, Japan.

Her work appears in Leaving Metropolis, a feature film by Brad Fraser and in Stan Rogal's book of short stories, What Passes for Love and she's recently completed a painting for the cover of her father (Philosophy Professor, David Martel Johnson)'s book, How History Made the Mind, published by Chicago's Open Court Books.

In Toronto, Johnson is represented by XEXE gallery. 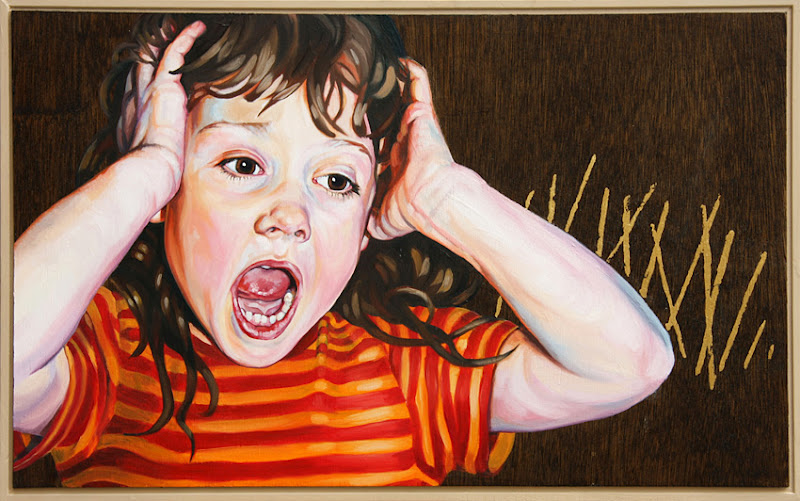 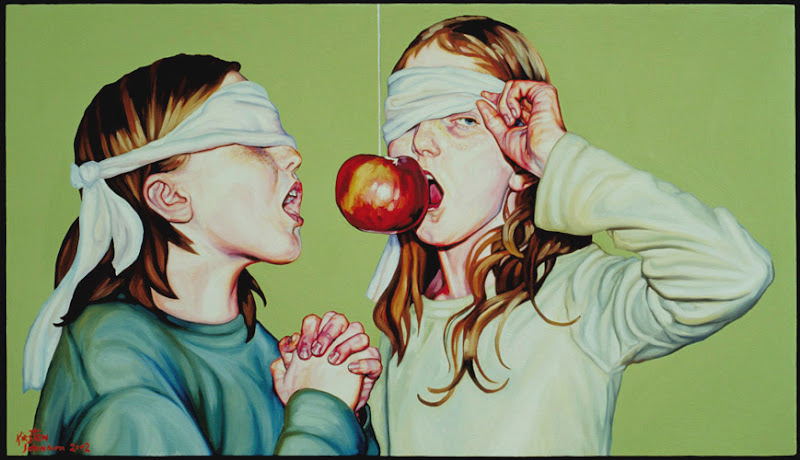 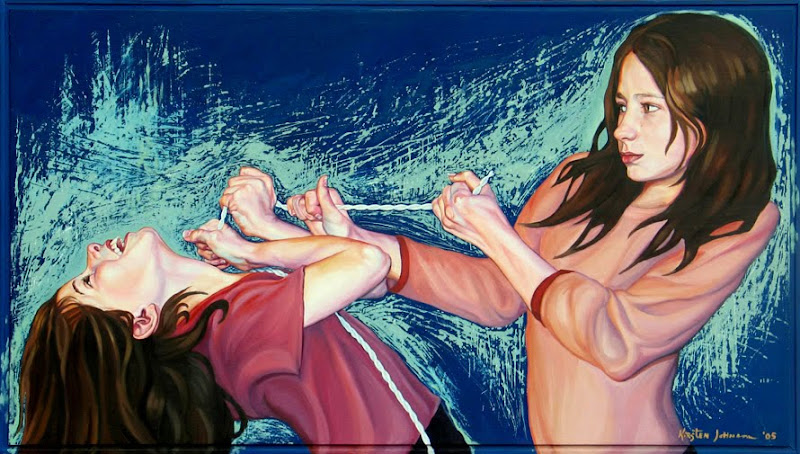 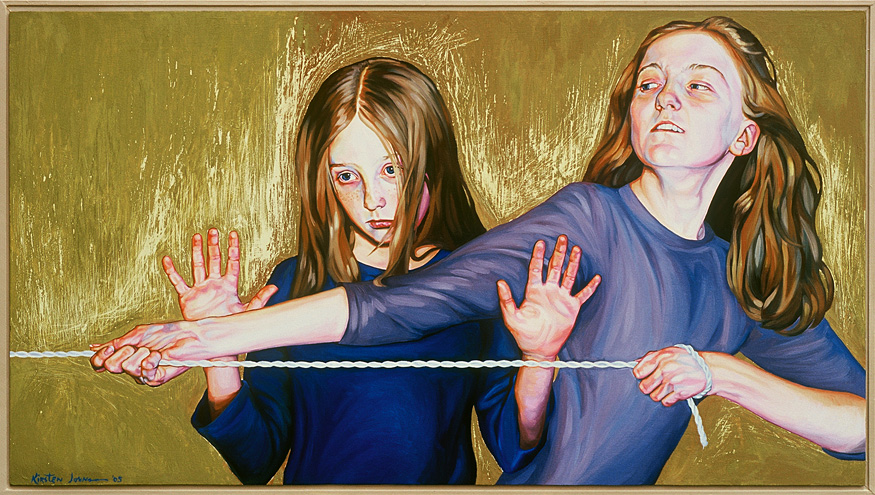 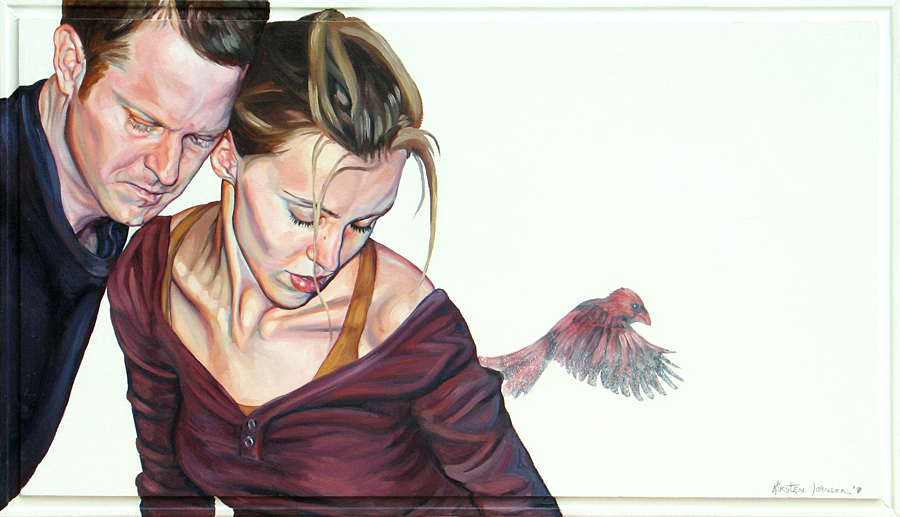 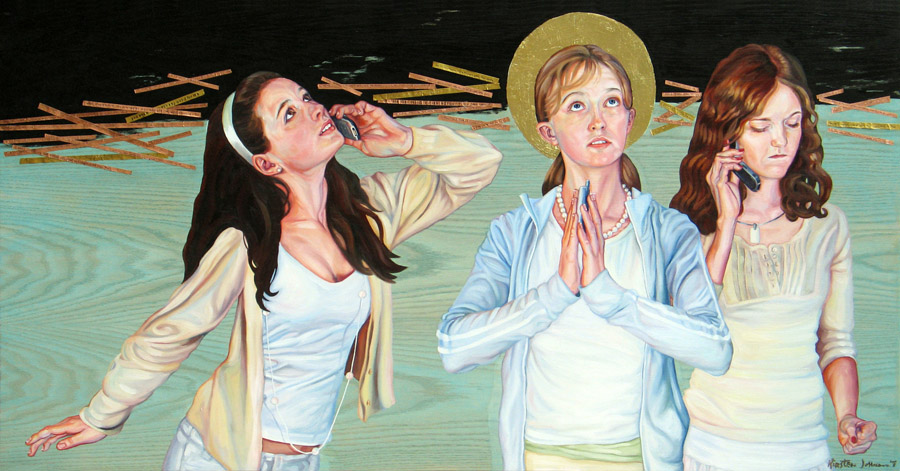