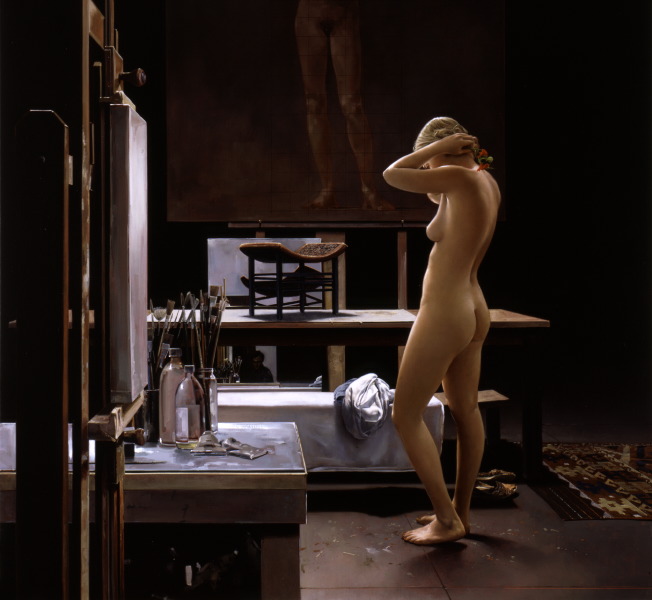 Inspired by Old Master techniques, Nava often incorporates heavily shadowed scenes and traditional religious icons into many of his works. The artist is an exceptional draftsman and his reliance on drawing is evident in his figurative work that has helped to create a renewed interest in Realism. 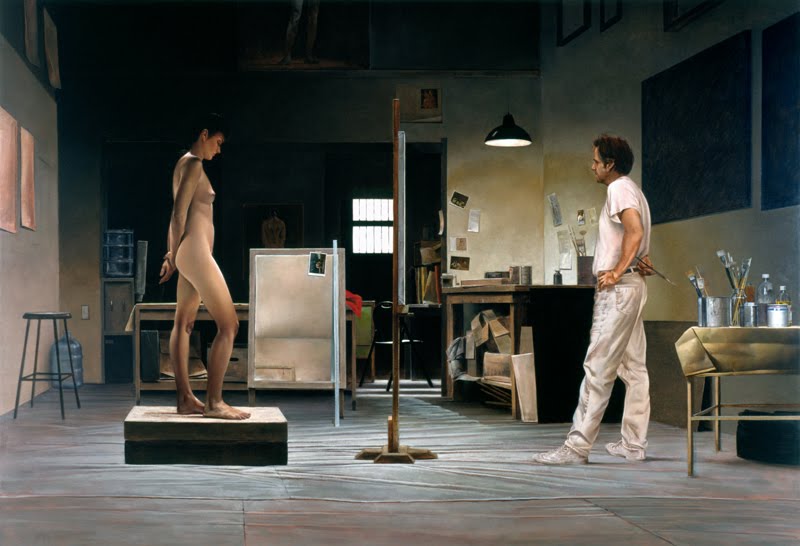 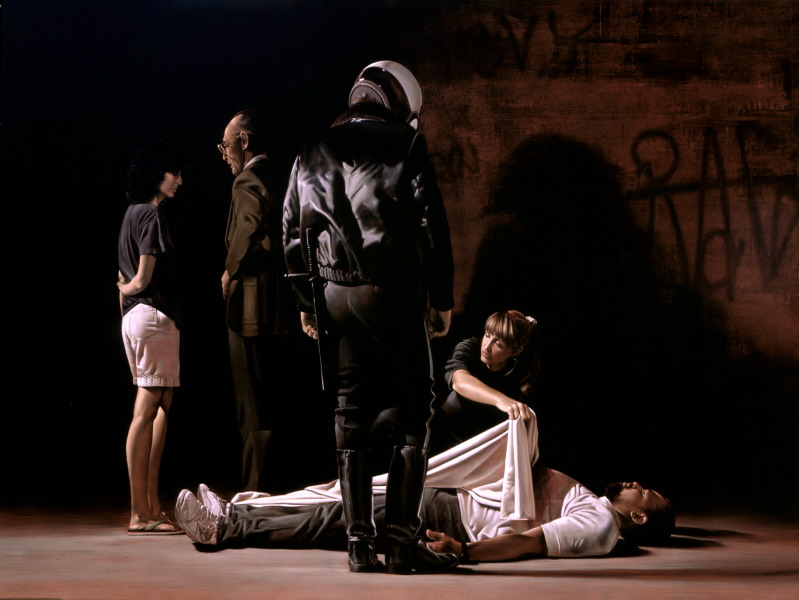 John Nava studied art at UC Santa Barbara under Howard Warshaw and did his graduate work in Florence, Italy. His work is found in numerous private, corporate and public collections throughout the United States, Europe and Japan including the National Museum of American Art in Washington D.C., the Museum of Contemporary Art (MOCA) of Hawaii, the Triton Museum in San Jose, California and the Ventura County Museum of History and Art, Ventura, California.

His work is represented in such important publications as Post-Modernism: The New Classicism in Art and Architecture (Rizzoli, New York) by Charles Jencks who coined the term Post-Modernism and American Realism (Abrams, New York) and by Edward Lucie Smith, the first comprehensive history of realist painting in the United States. Nava has done large-scale public works including a 45’ wide mural for the Tokyo Grain Exchange in Tokyo, Japan and a 56’ wide fountain sculpture at 100 Brand Blvd. in Glendale, California. In 1998 he was commissioned by the Seattle Symphony to paint a life-size double portrait of Jack and Rebecca Benaroya for Benaroya Hall in downtown Seattle.

In 1999 Nava was commissioned by the Archdiocese of Los Angeles to create three major cycles of tapestries for the new Cathedral of Our Lady of the Angels. The primary cycle of 25 tapestries depict The Communion of Saints and comprise 136 over life-size saints from throughout history and from all parts of the world. The tapestries were specially woven in Belgium combining custom weaving craftsmanship and digital technology. Our Lady of the Angels, the largest Catholic cathedral in the United States, opened in September of 2002. In 2003 Nava’s tapestries for the Cathedral of Our Lady of the Angels won the National Interfaith Forum on Religion, Art and Architecture (IFRAA) Design Honor Award for Visual Art.


In John Nava's work, technical sophistication and a solid foundation in art history meet with a tremendous ambition for producing heroic works. In each of the artist's works, the choice to engage in technically difficult projects or to tackle complex ideas impresses at first glance. Where a lesser artist might hide behind his facility with oil paint, Nava chooses instead to make paintings that are also intellectually stimulating. He avoids a pedantic or preachy tone about the conflicts exposed in his paintings, giving his work the depth and complexity of real life. 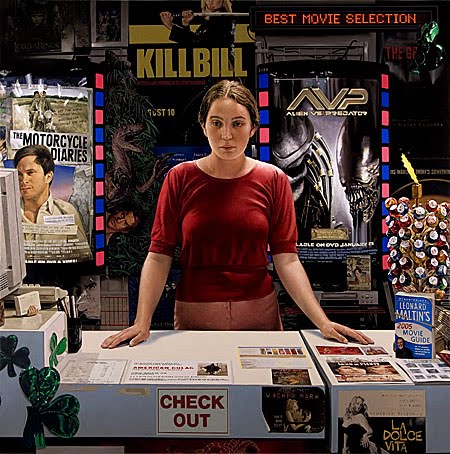 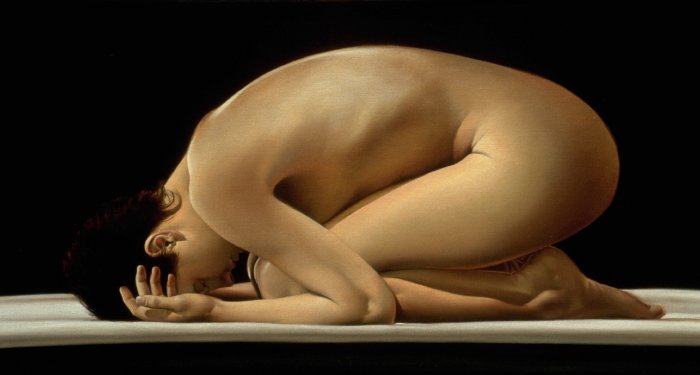 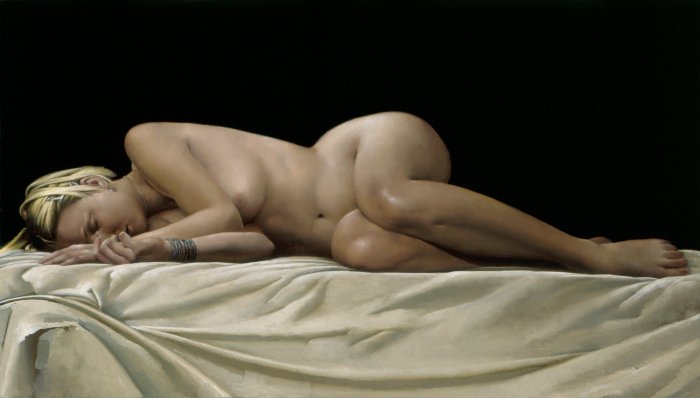 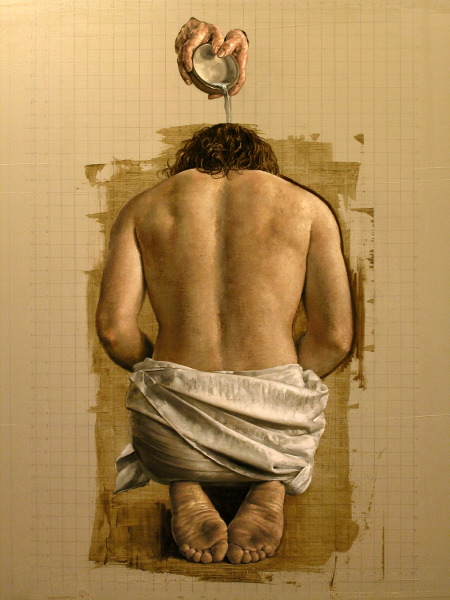