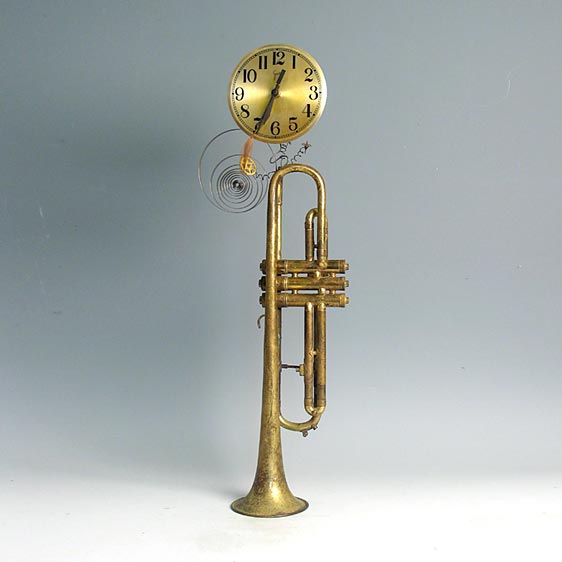 Roger Wood creates with time in mind. Yet even though the clock can be a consistent element of his work, it’s often secondary to its creation. Whether it’s a curious timepiece or a unique assemblage, Wood thrives on working with an immeasurable array of findings from the tarnished and forgotten to the odd or intriquing. He is a devoted collector of usual and unusual objects with one thing in common, a history.

The source of his inspiration lies in the hundreds of curiously labelled drawers and boxes brimming with artifacts of all description that line the shelves of his Toronto studio. Wood orchestrates an arrangement from his myriad of treasures until the precise moment that it feels right. Then he quickly glues them all down so they can’t escape.

Playful, wondrous timepieces emerge that take flight on cherubic wings, float and sway on fine wires, or appear frozen mid-explosion with flying springs and cogs that bounce at the touch.

This definitive merging of objects and ideas has brought Wood much critical acclaim across Canada. Shows at galleries, museums and awards at several exhibitions are ongoing testaments to his freedom of imagination. Just as his single signature feather at the tip of the second hand quivers magically through time, Roger Wood's creations continue to fascinate. 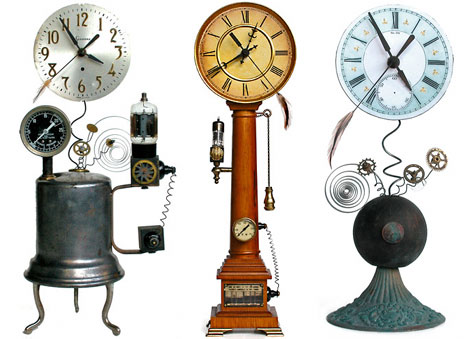 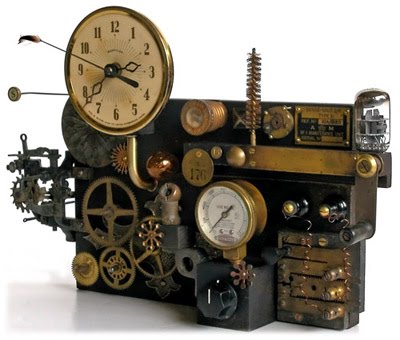 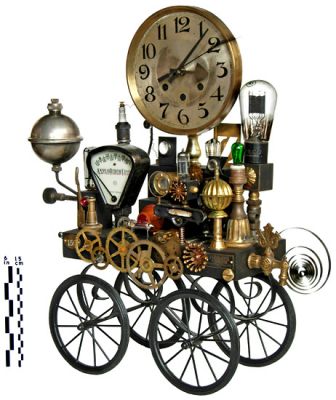