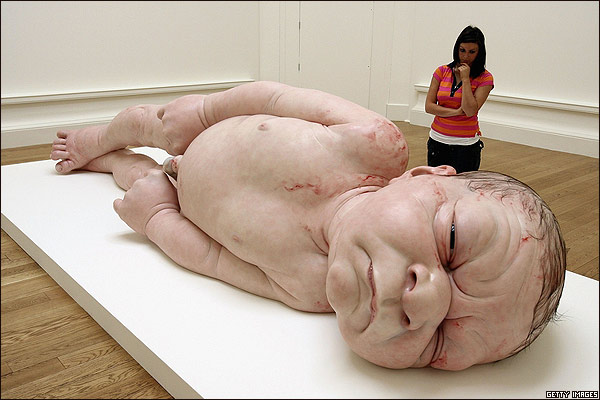 
Ron Mueck began his career working on the Australian children's television program Shirl's Neighbourhood. He was the creative director and made, voiced and operated the puppets Greenfinger the Garden Gnome, Ol' Possum, Stanley the snake and Claude the Crow amongst many others. The show was made for Channel 7 Melbourne between 1979 and 1984, broadcast nationally and starred the ex-lead singer of Skyhooks, Graeme "Shirley" Strachan.

Mueck's early career was as a model maker and puppeteer for children's television and films, notably the film Labyrinth for which he also contributed the voice of Ludo, and the Jim Henson series The Storyteller.

Mueck moved on to establish his own company in London, making photo-realistic props and animatronics for the advertising industry. Although highly detailed, these props were usually designed to be photographed from one specific angle hiding the mess of construction seen from the other side. Mueck increasingly wanted to produce realistic sculptures which looked perfect from all angles.


In 1996 Mueck transitioned to fine art, collaborating with his mother-in-law, Paula Rego, to produce small figures as part of a tableau she was showing at the Hayward Gallery. Rego introduced him to Charles Saatchi who was immediately impressed and started to collect and commission work. This led to the piece which made Mueck's name, Dead Dad, being included in the Sensation show at the Royal Academy the following year. Dead Dad is a silicone and mixed media sculpture of the corpse of Mueck's father reduced to about two thirds of its natural scale. It is the only work of Mueck's that uses his own hair for the finished product.

Mueck's sculptures faithfully reproduce the minute detail of the human body, but play with scale to produce disconcertingly jarring visual images. His five metre high sculpture Boy 1999 was a feature in the Millennium Dome and later exhibited in the Venice Biennale.

In 1999 Mueck was appointed as Associate Artist at the National Gallery, London. During this two-year post he created the works Mother and Child, Pregnant Woman, Man in a Boat, and Swaddled Baby.

In 2002 his sculpture Pregnant Woman was purchased by the National Gallery of Australia for AU$800,000. 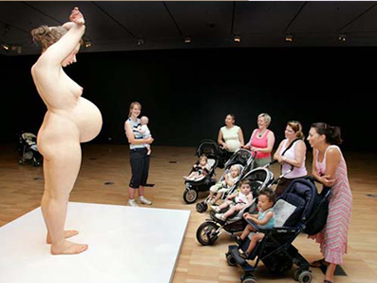 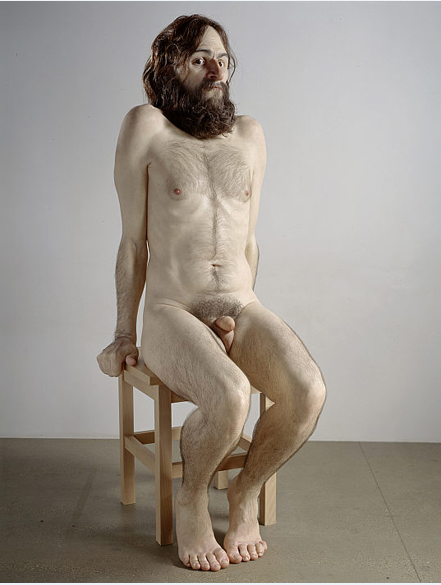 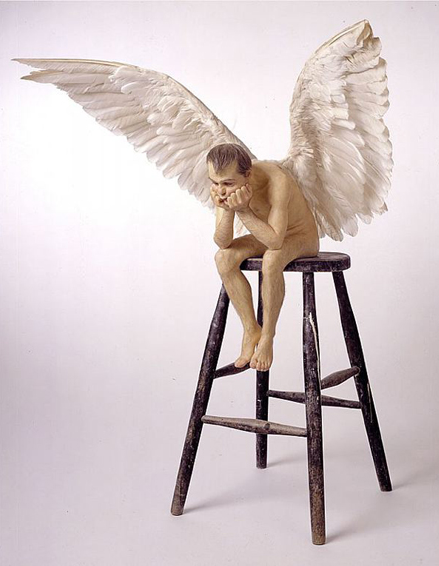 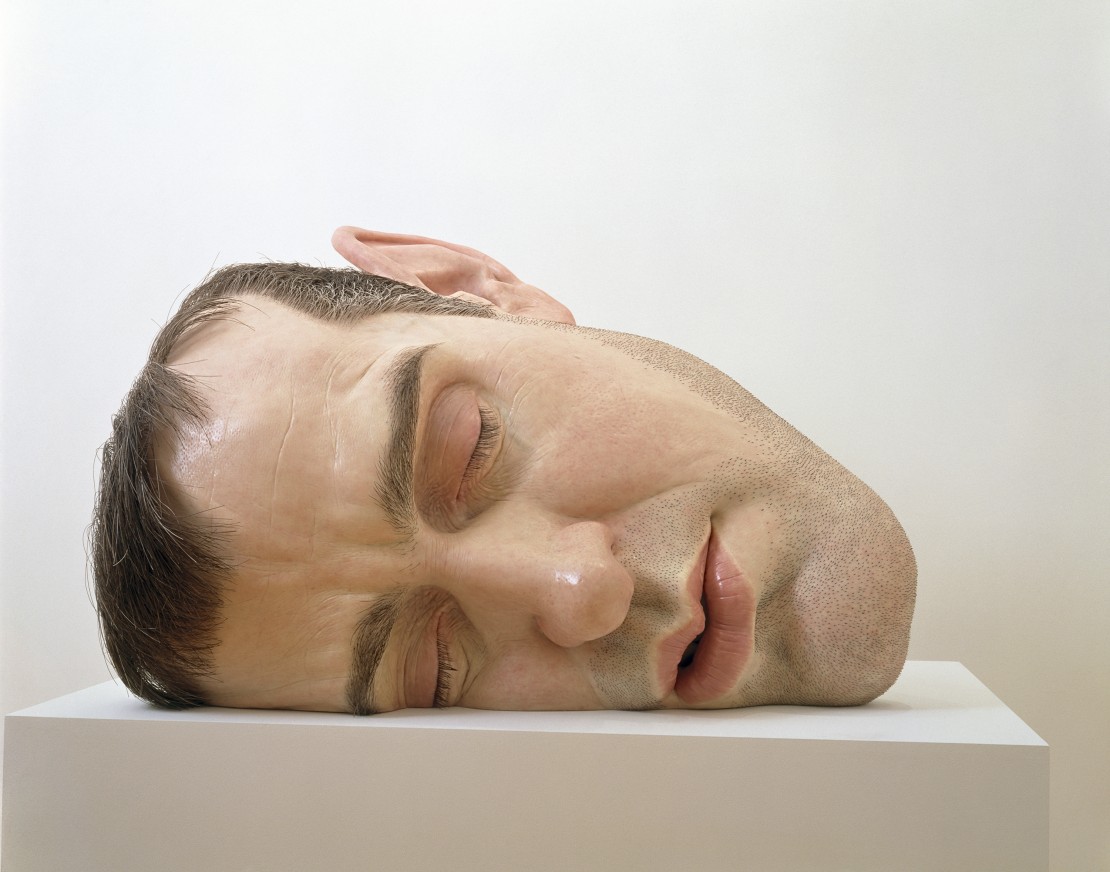 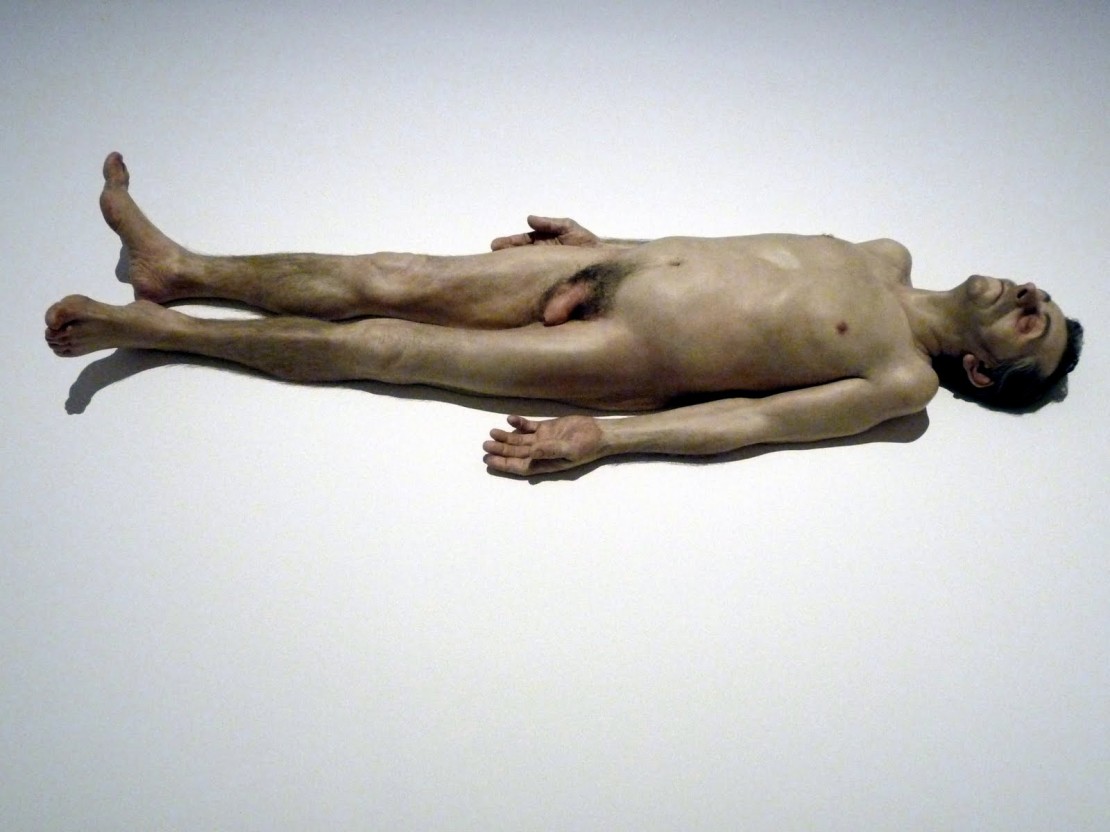 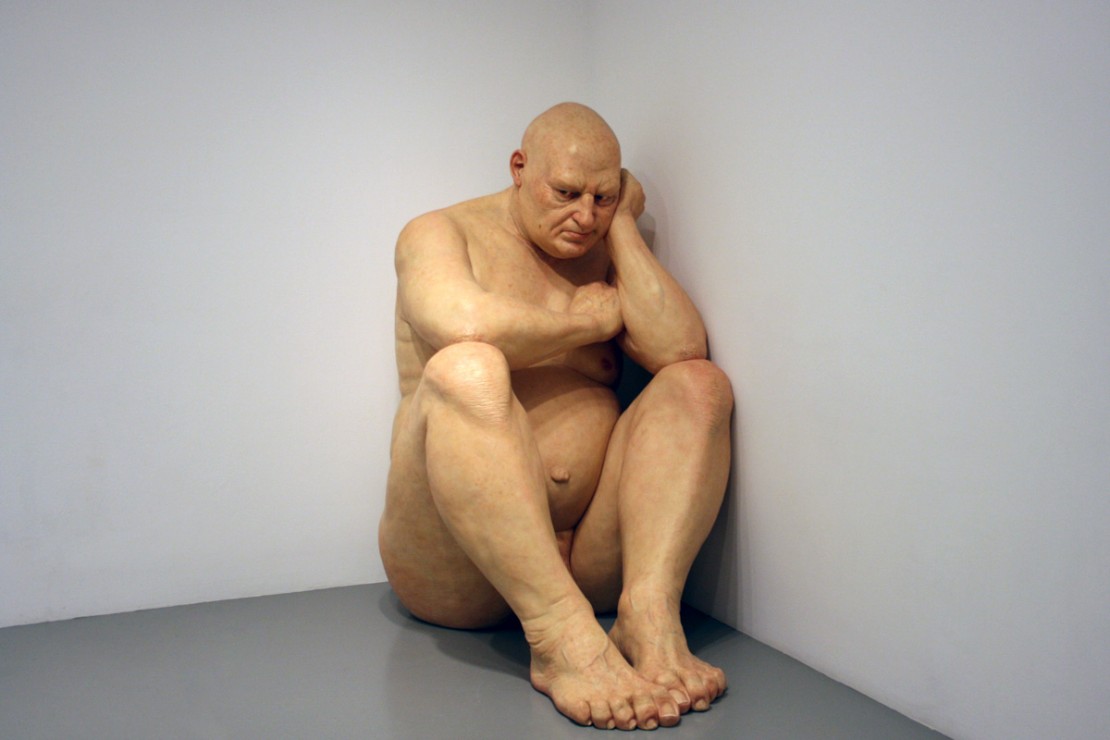 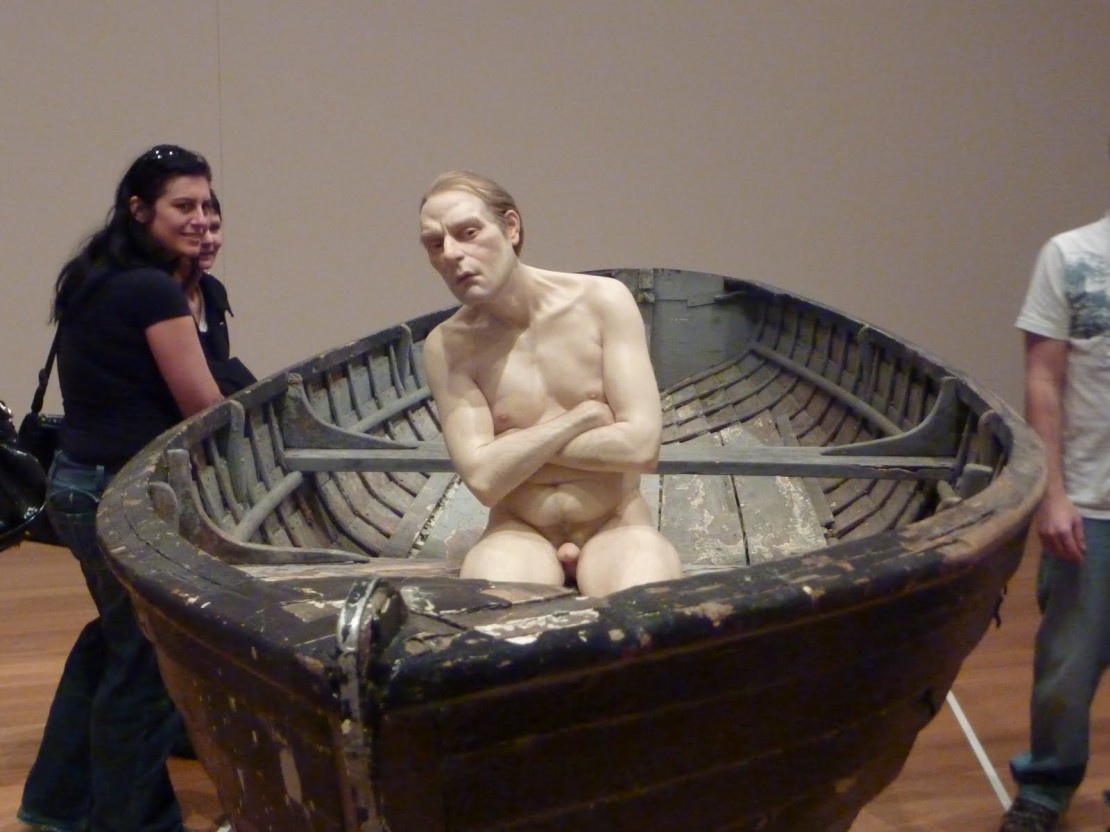 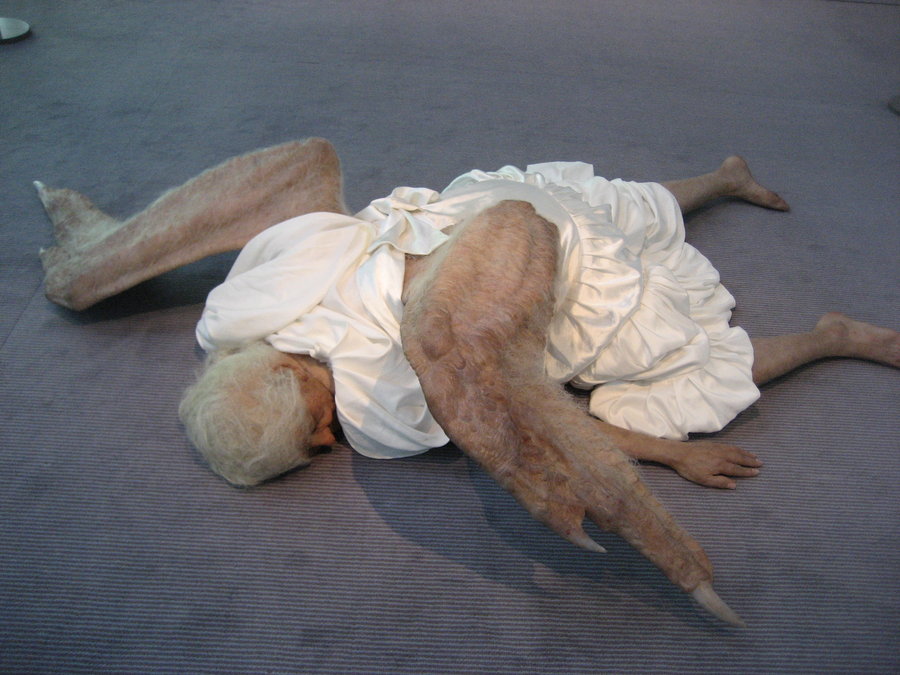 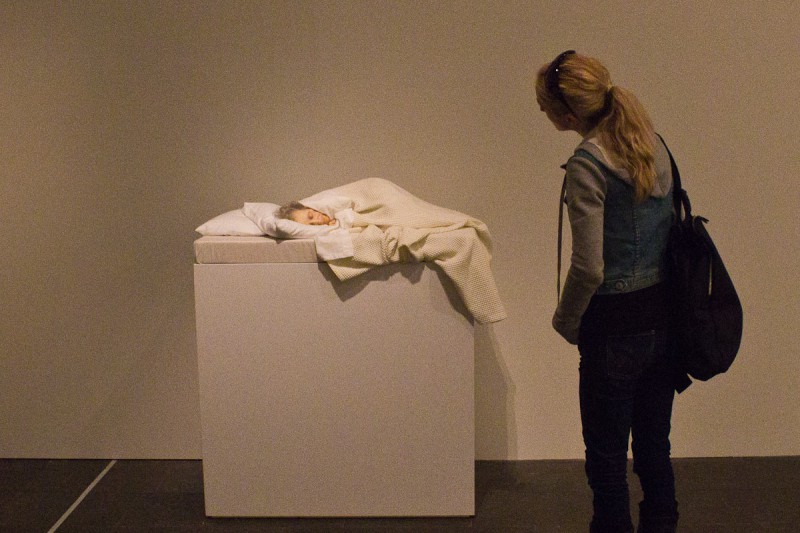 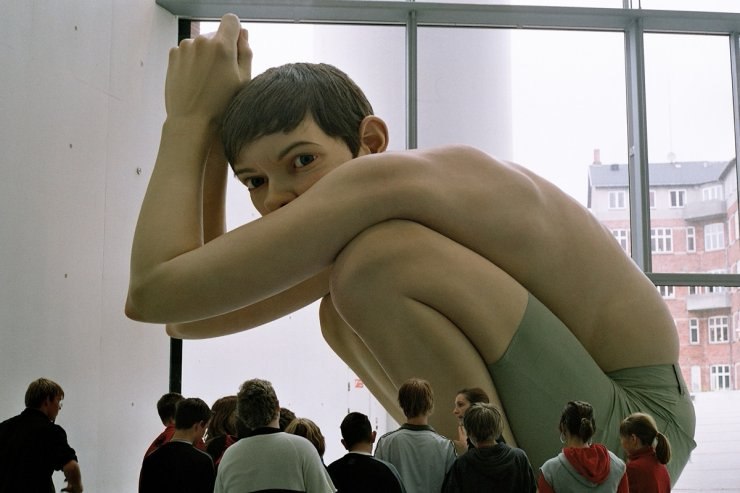 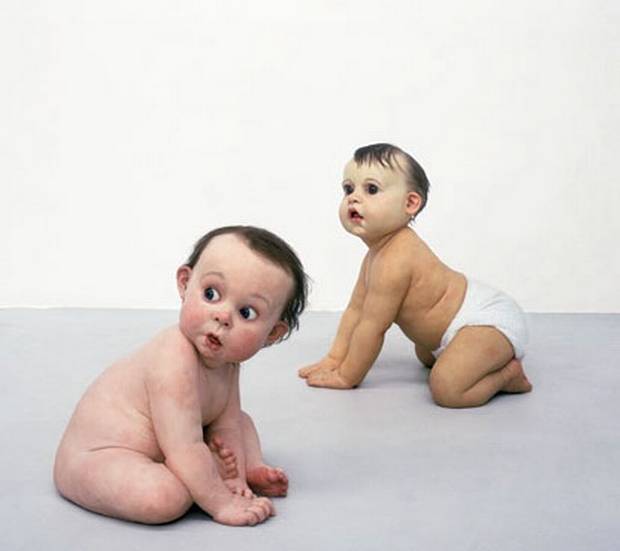 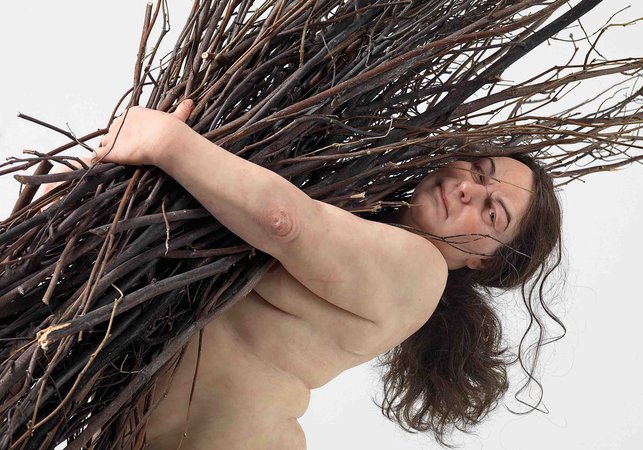 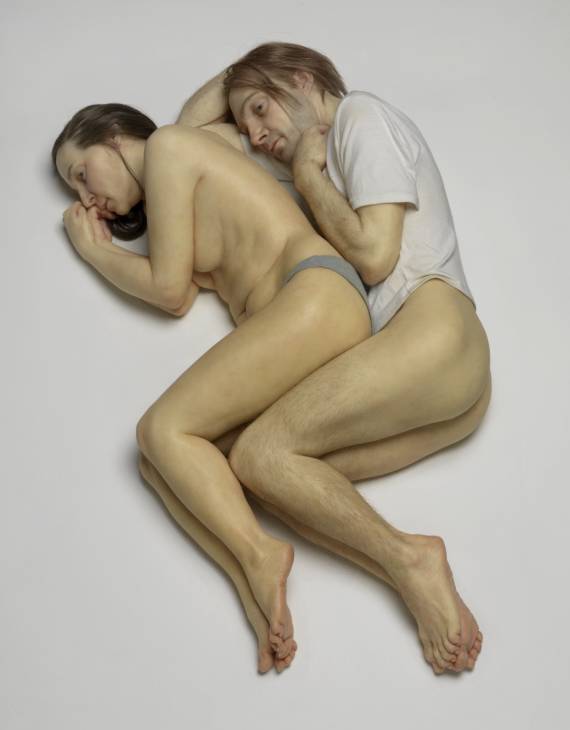 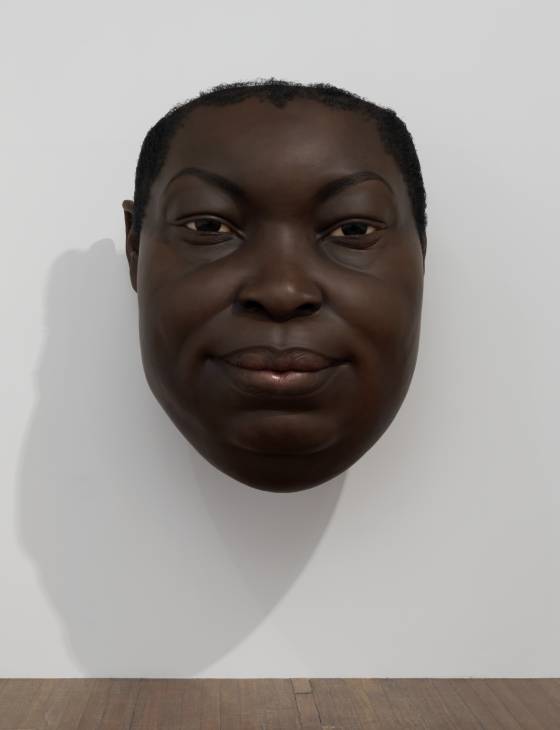 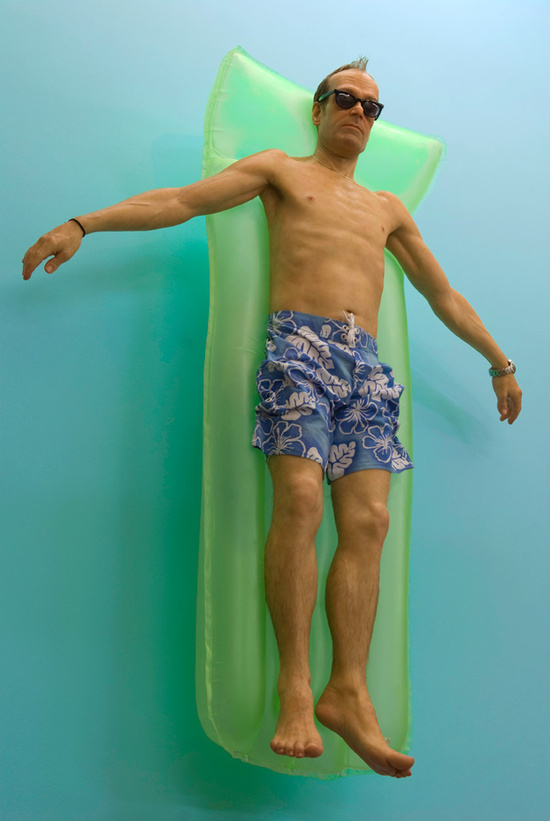 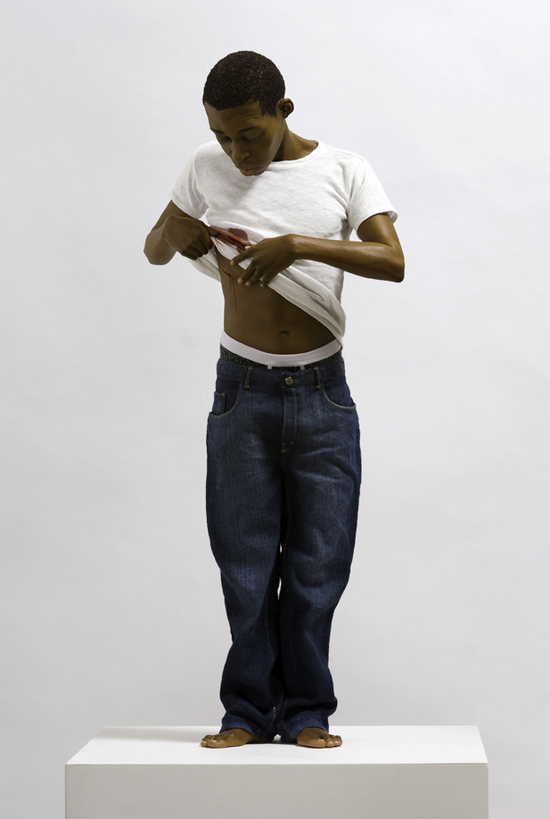 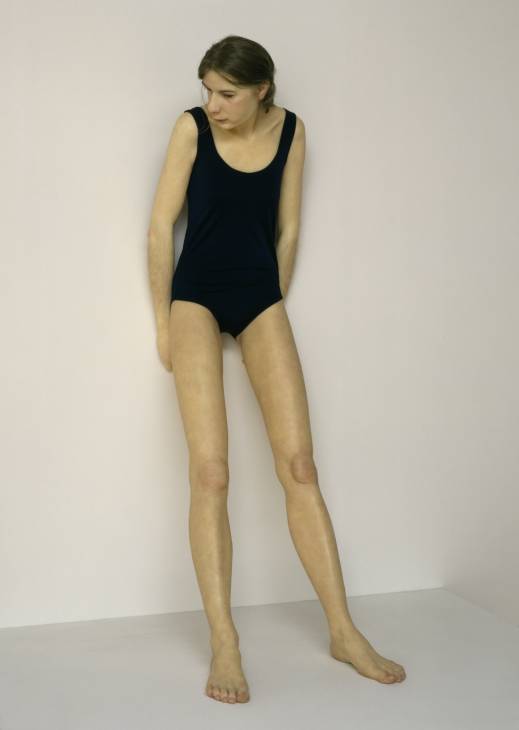 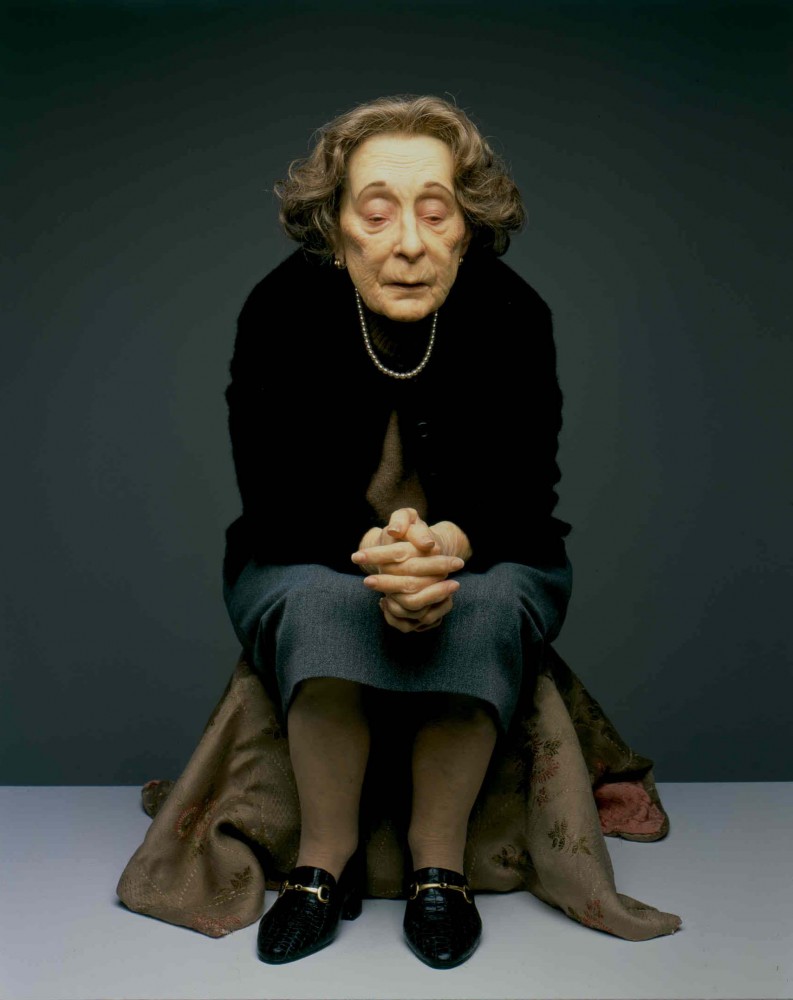 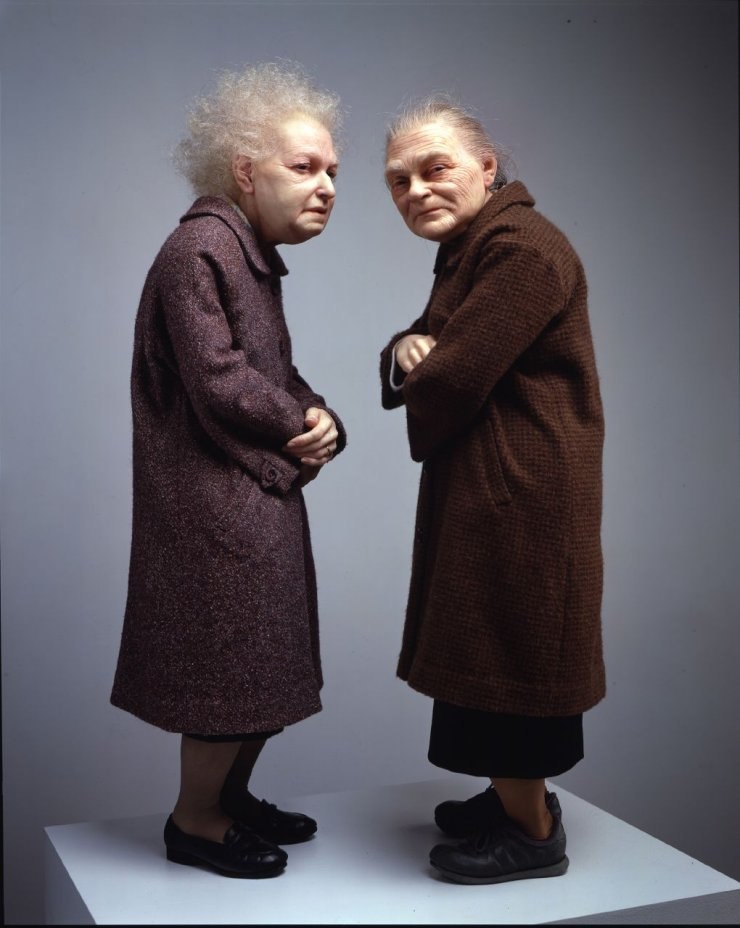