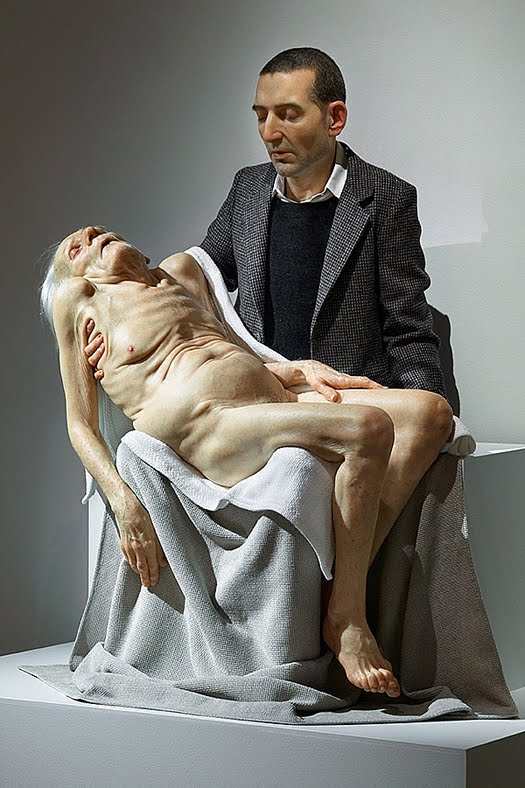 Sam Jinks was born in Australia in 1973 and in 2008 was living and working in Melbourne.


Since his first solo exhibition Distortions at West Space in 2005, Jinks has held a number of other solo shows including Sam Jinks at Benalla Art Gallery, Victoria (2006); Sam Jinks: Recent Sculpture at Boutwell Draper Gallery in Sydney (2007); and Sam Jinks, again at West Space (2007).

Jinks's work can be found in the McClelland Gallery & Sculpture Park, Langwarrin and in various private collections across Australia. In 2008 Jinks will be exhibiting with Karen Woodbury Gallery for the first time. 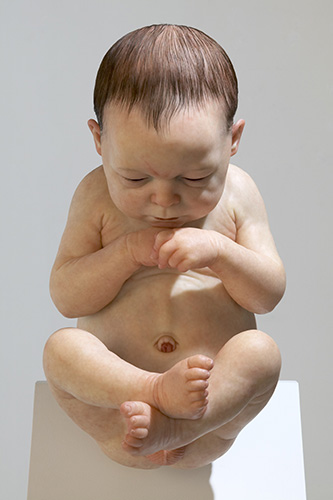 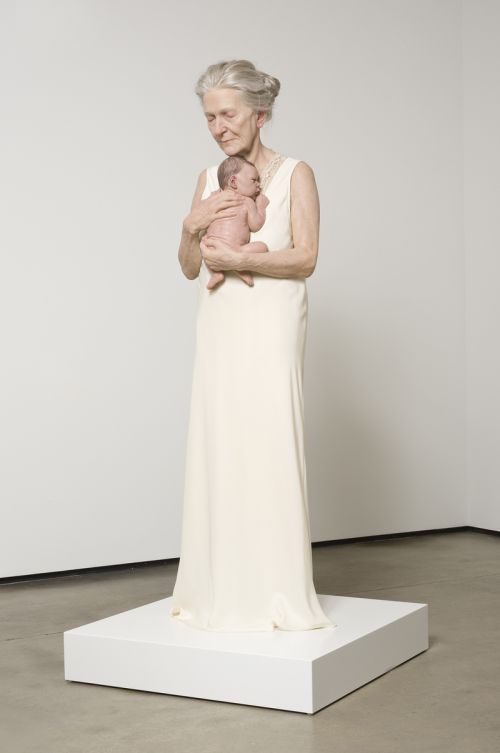 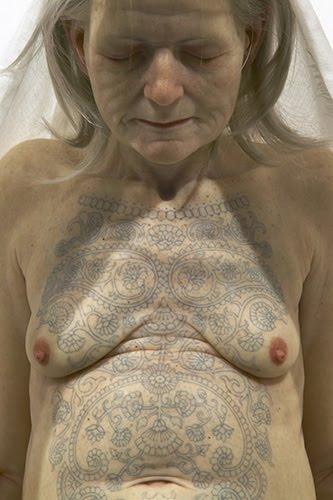 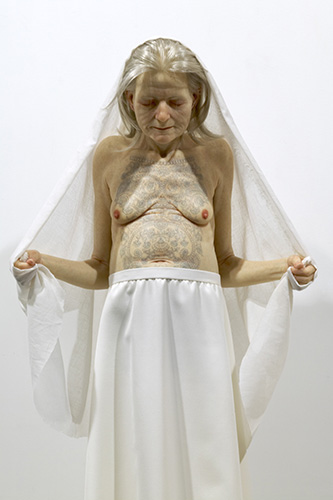 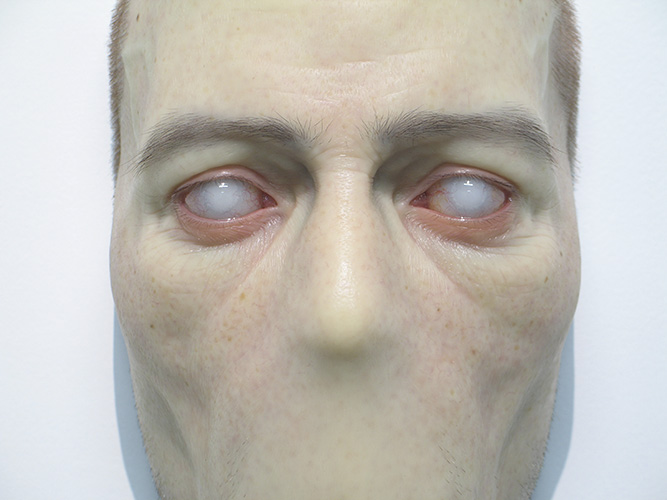 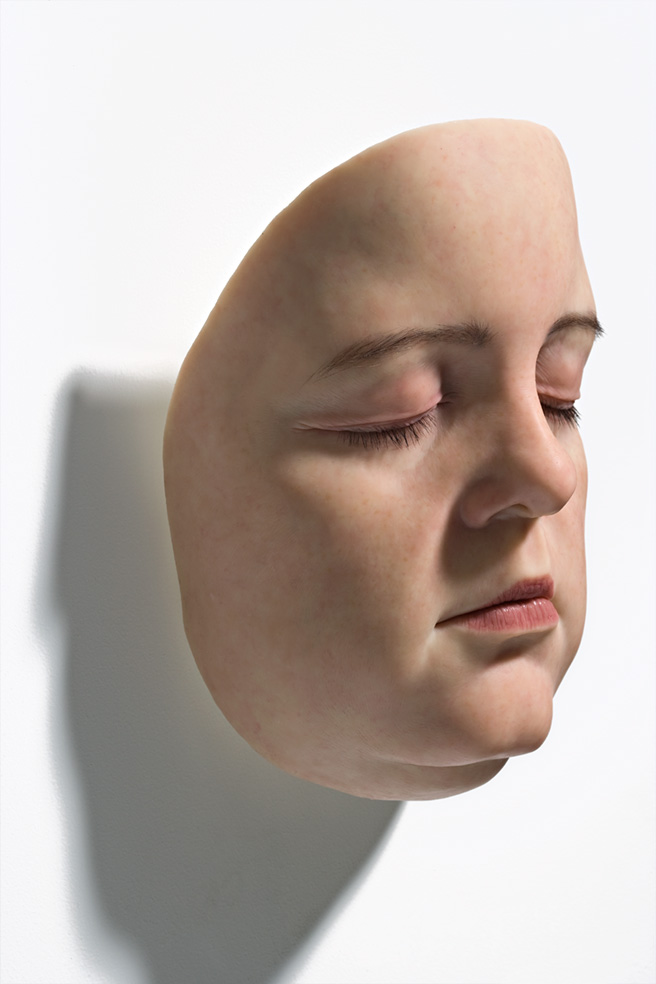 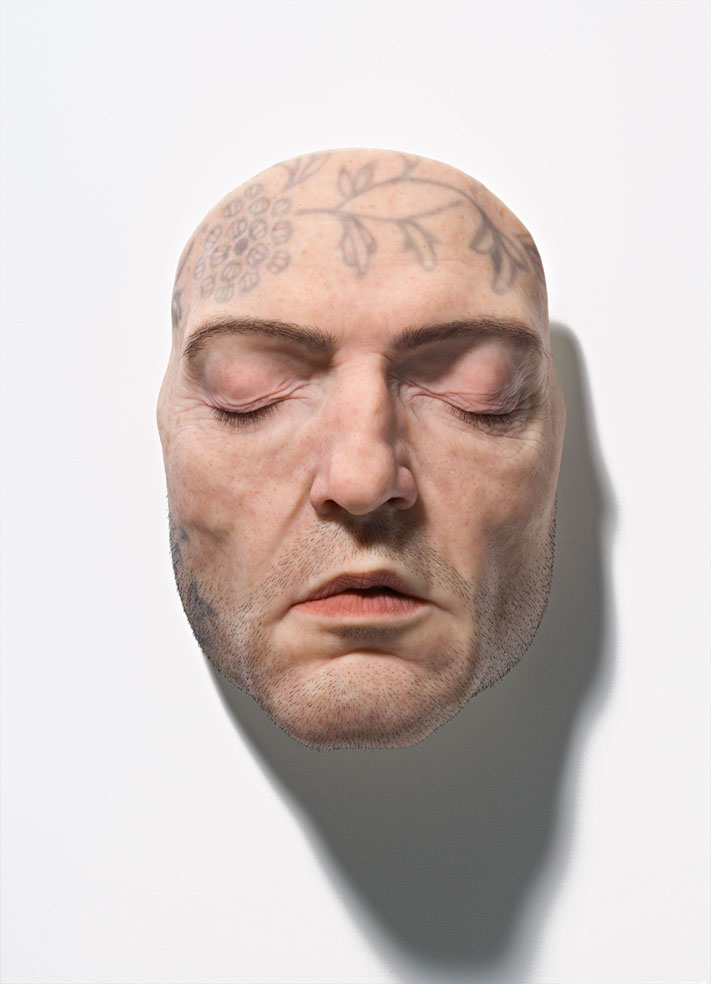 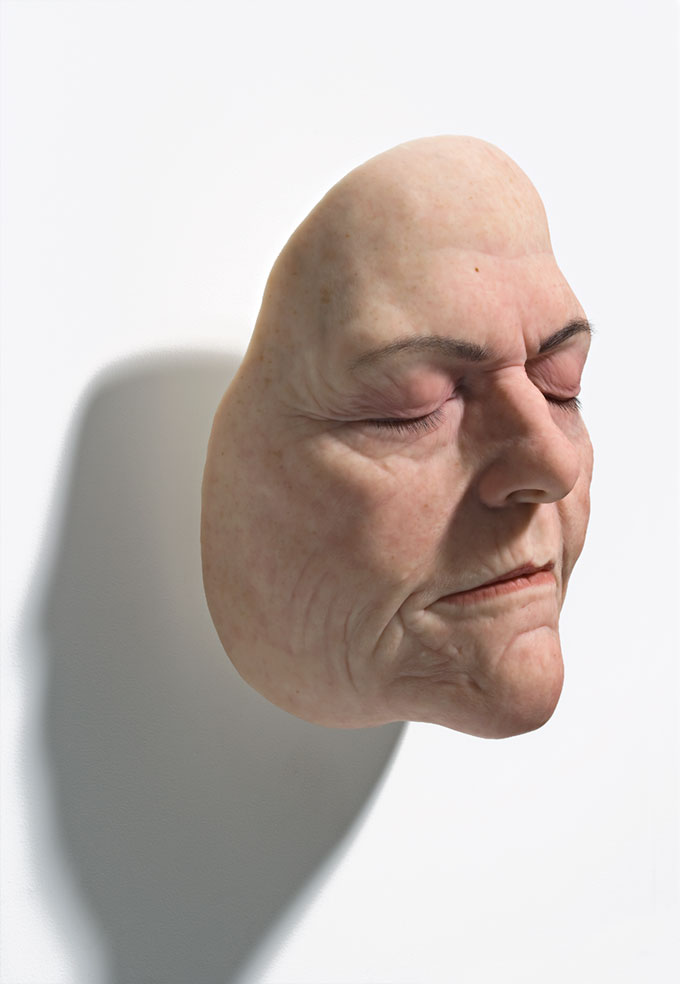 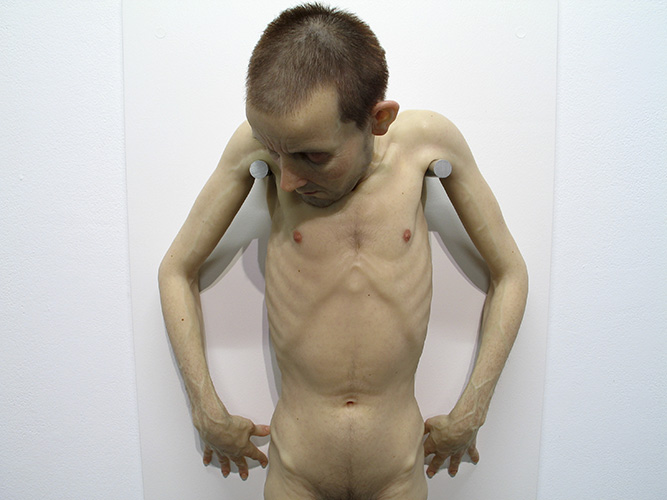 A naked man is hung up by the armpits at the far end of a room. He makes a sad impression, not just because of his dangling indisposition, but because of his diminutive proportions. Every visible detail of the skinny body is presented, but child-size.

This grim figure by Sam Jinks is answered in the intimate gallery at West Space by a face on the near wall, which is initially concealed as you enter the white room. It's a scary apparition: a male of whiskery aspect whose mouth has entirely dissolved into the flesh of the face, leaving a smooth and gentle volume between nose and bristly chin. The glazed eyes stand out with reddened thyroidal frenzy, almost as if expressing the suffocation involved in losing your nostrils and mouth.

The scary thing about both sculptures is not what might be happening to the figures - though this is sinister - but rather their comprehensive level of detail. The verisimilitude in the treatment removes you from the comfort of analogous images in the history of art. In the tradition of figurative sculpture, the agonised figure - from Ghiberti to Kollwitz - is bathed in aesthetic heroism.

The allure of a robust sculptural medium is not for Jinks. Rather, with skills that exceed the standards of the wax museum, Jinks makes the skin look like skin, which is luminous and penetrated by light. You could imagine seeing pores and follicles if you took a microscope to the surface.

Jinks' two sculptures are spooky on many levels. The suspended man, with his drooping head and transcendent air of concentration, recalls the sacred archetype of Christ on the cross. It's as if, like Christ, he is hung up for maximum humiliation in a punishment that might be rehearsed in holy rituals for an obscure redemptive purpose.

Meanwhile, the electrocuted face across the room, though a bit sensational, reminds you of the Medusa, except that the coils of snaky hair are reduced to stubble, and instead of turning someone else into stone, the visage petrifies itself.

Both works are wall sculptures. The body isn't just stuck up on the wall: it is stationed in an abstract shrine, for the unique purpose of hanging up a naked man. Though apparently oblivious to his environment, the man delicately fingers the plane behind him.

The sculpture has a powerful presence, which at times is confused with a man's. This is unusual with sculptures. You'd never confuse a Bernini for a real human. You just accept that it's an illustrious effigy and not a real person. But, as with the realist sculptures of Ron Mueck, the proximity to human textures is uncanny. The slightly puffy belly, the hardness of the ribs, the lankness of the unsupported legs: it's almost too lifelike.

Offsetting this freakish resemblance, another feature of Mueck's sculpture is apparent: it's the unsettling scale. In the history of sculpture, most figures are either smaller or larger than life. In traditional aesthetic terms, Jinks' naked man is the wrong size. The figure is too small to be real, but too big to be a doll or figurine. The dwarfism with perfect proportions seems semantically inconvenient and disturbing when the figure turns real in your imagination. It's an embarrassing size for a man to have, as the mature body has the scale - but not the shape or detail - of a boy's body.

He's a modern man, with a modern haircut, the prickly result of electric clippers. You've seen that kind of guy on the tram. But the incongruous presence is naked - a bit unflattering at that scale - and he's hanging up in a most unbecoming way. You feel that perhaps, like Christ, he could choose to get down from the scaffold; but his destiny is somehow bizarrely pious and he suffers with divine patience.

The sculpture is skilful and paradoxical: a figure that oscillates in your awareness between being art and being a man; a stripped down sign of a tortured spiritual history.