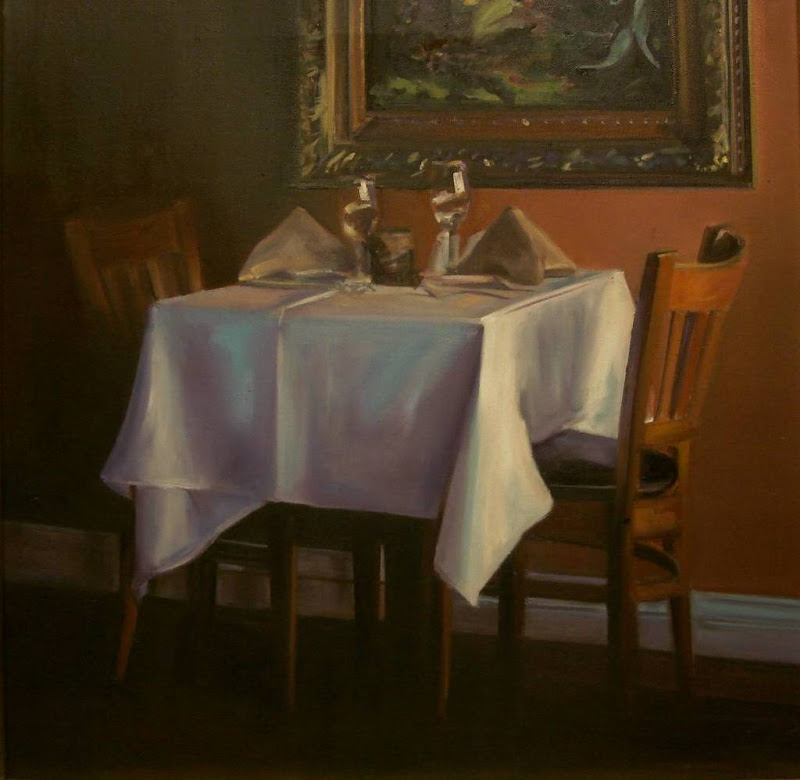 Trained as an illustrator, I am naturally drawn to narrative and to using my work to suggest a story. These works are of unidentifiable but real subjects, and they are meant to be accessible to anyone’s imagination. My process begins as recording a specific moment at a specific place, and then transforming it into a fictional scene in order to create a powerful and distinct mood. My approach to color and light is in the forefront of my style, and is the main contribution to this transformation into mood: a limited palette of muted, sophisticated darks, minimal intensity, subtle values, along with the clarity of white to indicate how light plays off forms and seems to intensify darkness. With an expanded sense of place, I want viewers to feel so welcomed into the scene that they can create their own story of sense of place, and even imagined memories of what may have happened then and there.

Whether indicating backlighting or the warm soft glow of a quiet interior, whether tracing fleeting streams of light to achieve a graphic or dramatic effect, I strive for timeless transformed from the everyday moment, building a window into a visual dialogue with the viewer’s boundless imagination.


Upon graduating with Honors from the Academy of Art College/University of San Francisco with a cooperative degree in Fashion Illustration, Thalia Stratton has owned and operated her own design studio since 1990. Her studio and showroom is now located in the San Francisco Design Center, south of Market Street. She landed her first teaching job around the same time she graduated and is still teaching part-time at San Francisco State University.

After free-lancing in the advertising world for many years, including working for clients such as, Givenchy-Paris, Neiman Marcus, I. Magnin andCo., Playboy Enterprises and the San Francisco Ballet, she also produced product lines for the Gift Market and the Wine industry of Napa and Sonoma Valley.

In the late nineties, Thalia decided to approach the Fine Art market and began selling her illustrations and paintings to small galleries and local art collectors. With this in mind, she began showing across the United States, and is currently a member of several prestigious Pastel Societies not to mention the Oil Painter’s of America. He work has been published in numerous publications including, Gentry Magazine, The San Francisco Chronicle, and American Art Collector.

She has won many awards, including the LGAA Curator’s Award 2009, showcased in the Los Gatos Museum, Los Gatos, California.

In 2007, Thalia decided to return to the Academy and is currently pursing a Graduate degree in Fine Art painting. She is presently represented by Josephine Homes, San Francisco. 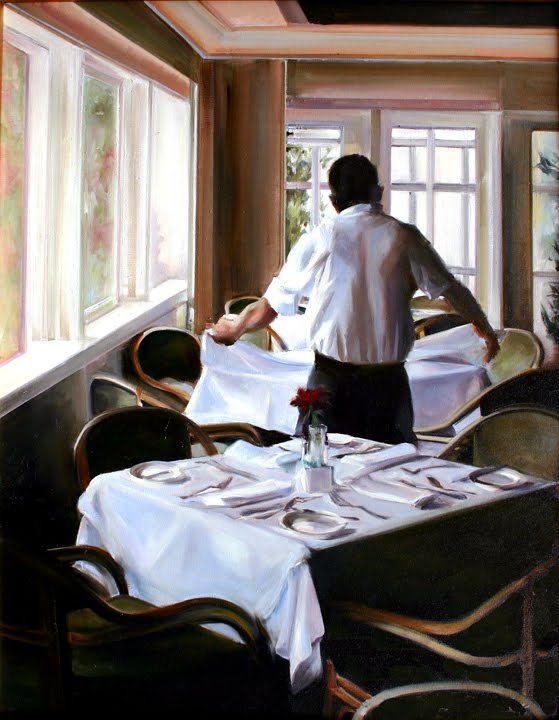 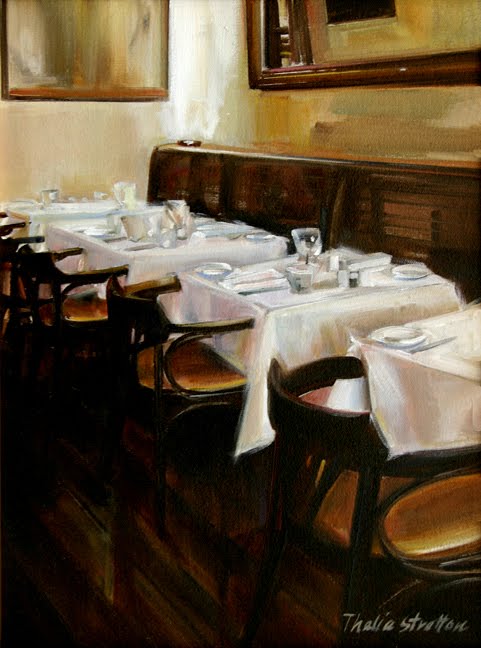 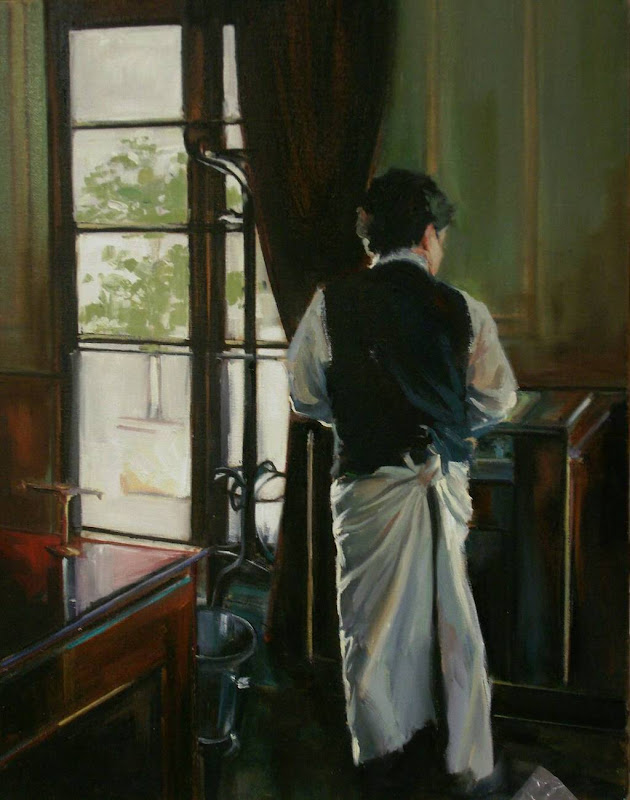 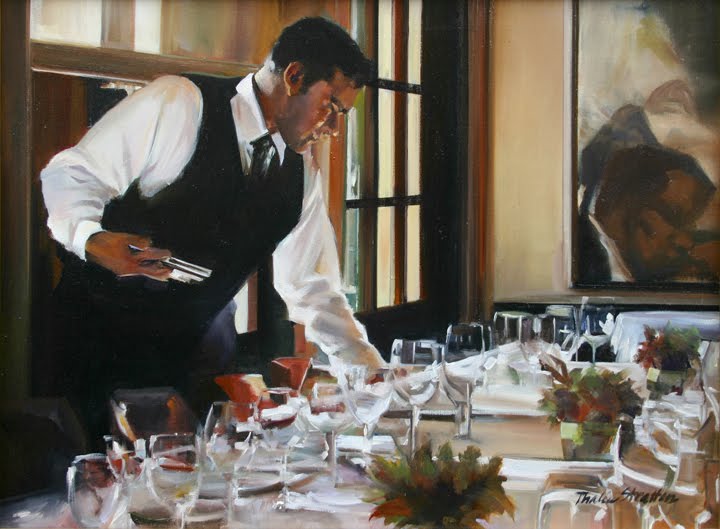 ARTODYSSEY is a TERRIFIC site!

Chauncey Gardner, thanks you so much for you nice words.