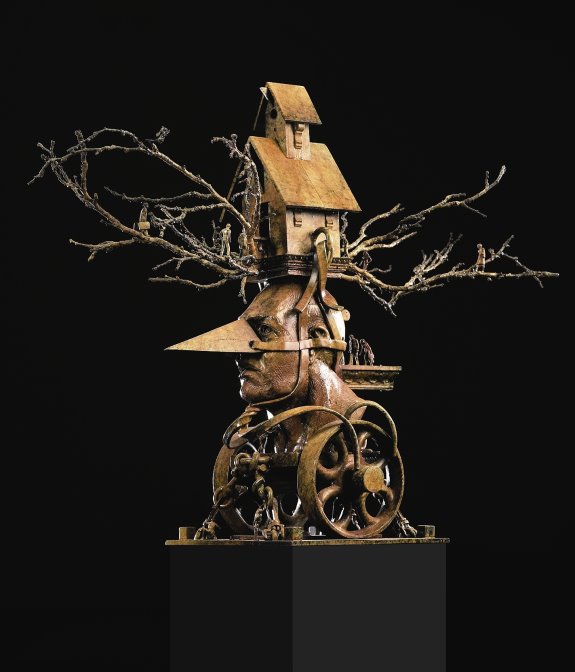 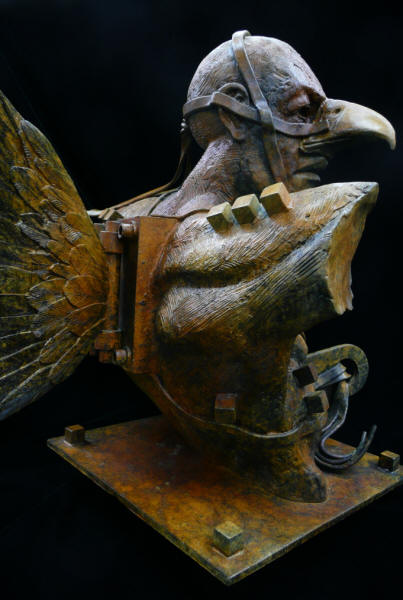 Theodore T. Gall began his career in the arts in the mid-sixties as an animator for teaching films, while continuing to broaden his skills as a graphic and package designer.

In 1973 he began a twenty-two year association with automotive gasket manufacturer Fel-Pro Incorporated as "Artist in Residence". In addition to being responsible for much of the firm's graphic design, he designed all corporate awards as well as numerous sculptures incorporating the shapes and essential materials of the firm's products, some of which are park installations of major proportion.

Gall has been working in metal since his early days as an artist. Although his work has not been limited to the human form, it has been his primary focus throughout his career. His compelling figures are most often placed in thought-provoking situations. “I am often honored and touched by the very personal and deep responses that people have shared with me upon seeing my work,” he says. “My sculpture is my depth.”

Ted studied at both the Art Institute of Chicago and the American Academy of Art, and has served as a consultant to the Art Institute as well as the Illinois Arts Council. He has shared his experience and skills with students at the Clay People in Chicago, the North Shore Art League in Winnetka, Illinois and the Ojai Art Center in Ojai, California. Having exhibited and garnered awards throughout the country, Ted Gall continues to add to his already burgeoning clientele both nationally and internationally.

Gall's work is lost wax cast into bronze, aluminum or stainless steel or welded Cor-ten steel. The original sculpture is either welded or formed with wax or clay. A mold is then made. Hot wax is poured into the mold. The waxes are detailed and sent to a foundry for casting into metal. Most of his sculptures are comprised of many separate components that are assembled in either the wax or the metal stage. Many of the larger works are produced in editions of seven or ten while the smaller pieces are one of a kind in that each one is assembled individually. While a concept may be repeated many times each sculpture is unique.

“My concepts come to me visually; it is only during the course of creating a new sculpture that it’s meaning becomes clear. While I am always happy to share what a piece means to me, it is important that the interpretation of my work not be limited to my own view. I intend for my sculpture to be intriguing both visually and psychologically. To probe the viewer’s imagination and draw them into the pieces themselves, allowing them to reach their own conclusions. My career as a sculptor is very satisfying to me – and it is most gratifying when I know that my work has touched someone in a very deep place.” 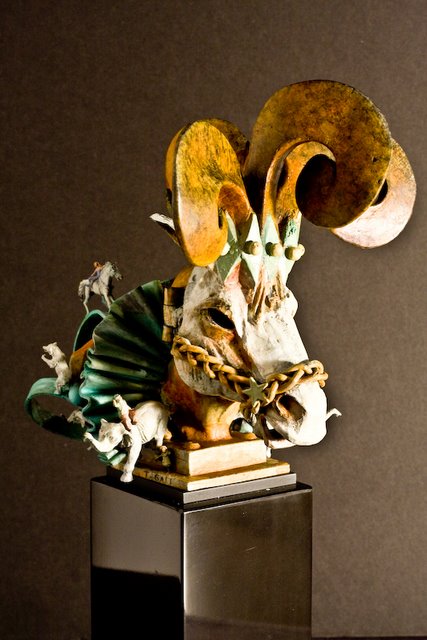 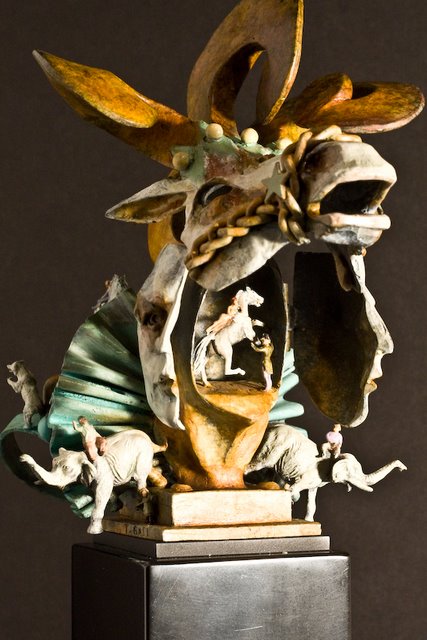 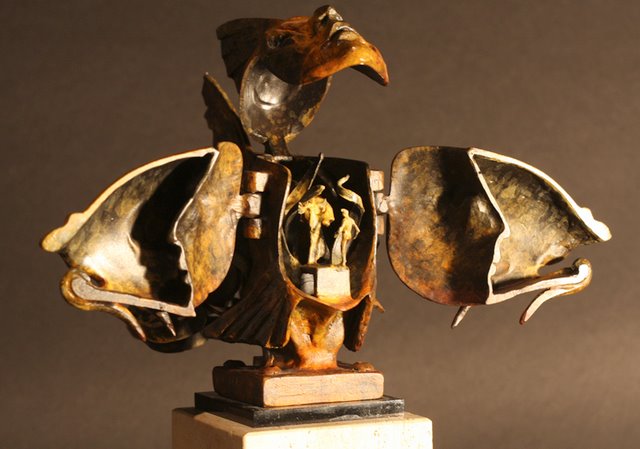 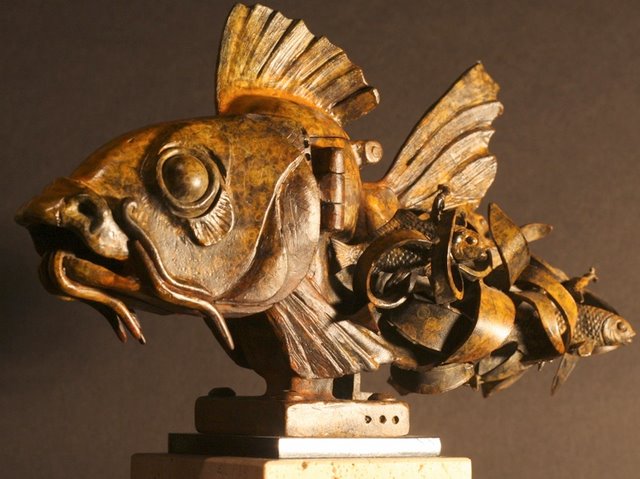