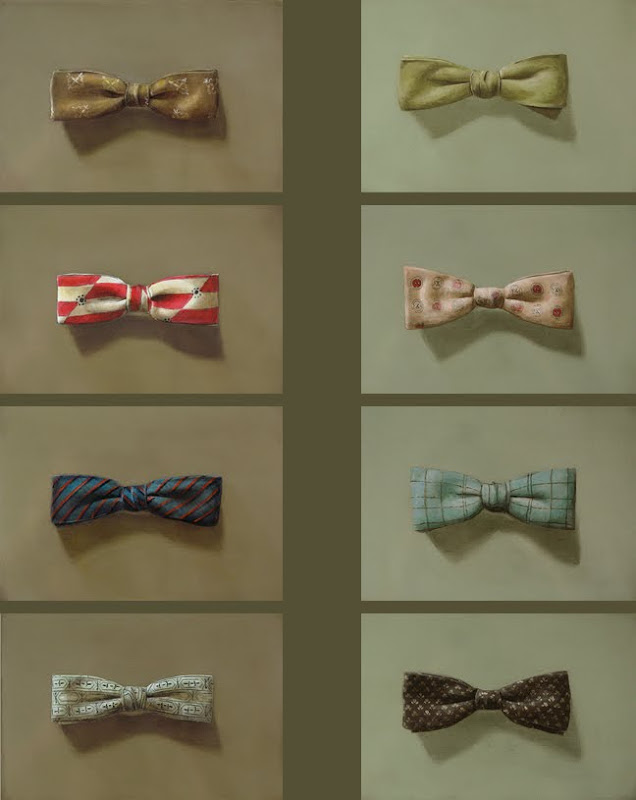 Holly Farrell was born in North Bay, Ontario in 1961. She has been painting and etching full-time since 1995 and exhibits her work in galleries in Canada and the United States. Self-taught, she began painting as a hobby to alleviate the stress of her daytime job working with children with special needs. Initially she copied drawings and designs onto wood, cans or bowls, teaching herself the qualities of paint, mixing, and brushwork. Within a year, Holly began to draw on her own, choosing subjects from her day to day life: the bowls, chairs, and tables that were necessary tools for living. Not knowing any other way to paint, Holly would transfer her drawings onto board and use the same technique for painting that she applied to wood and metal. This involved many layers of paint, acrylics and oils bound together by even more layers of varnish. Holly continues to use the same technique today, applying it to subjects that she hopes will inspire others to reflect in the same way that they inspire her to paint. Holly Farrell lives and works in Ontario, Canada. 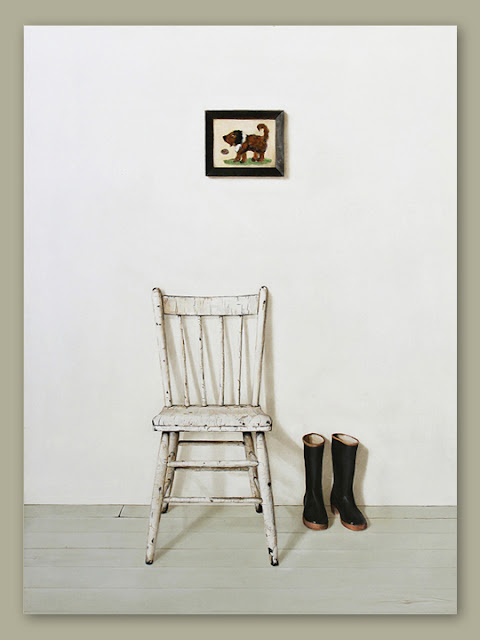 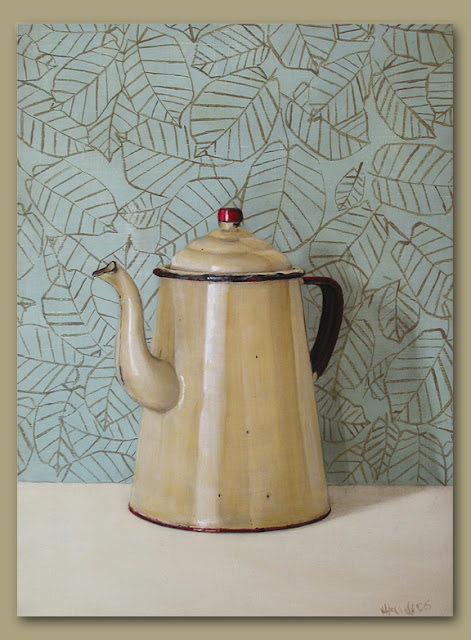 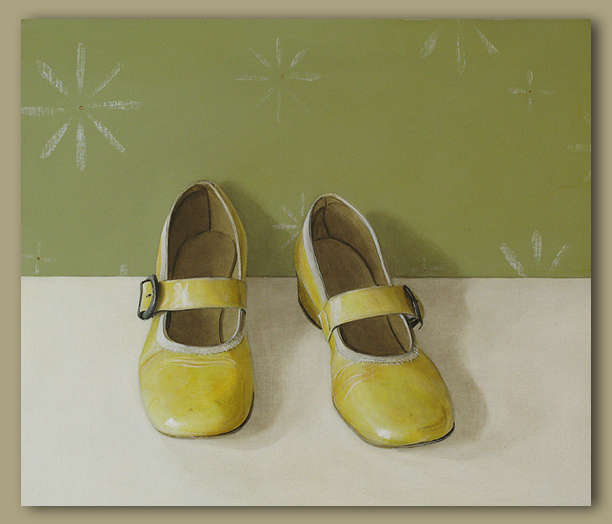 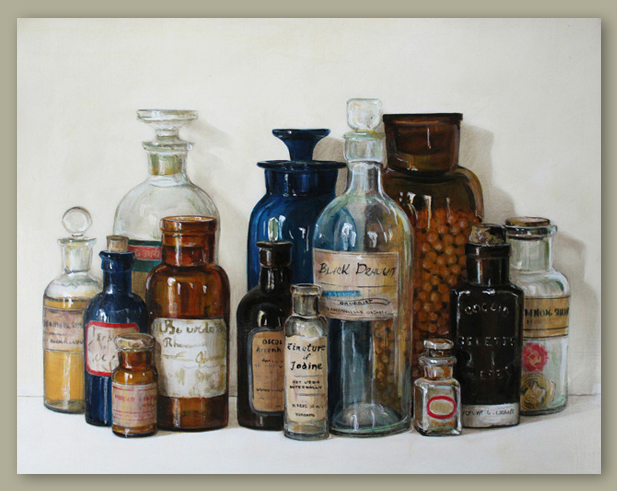 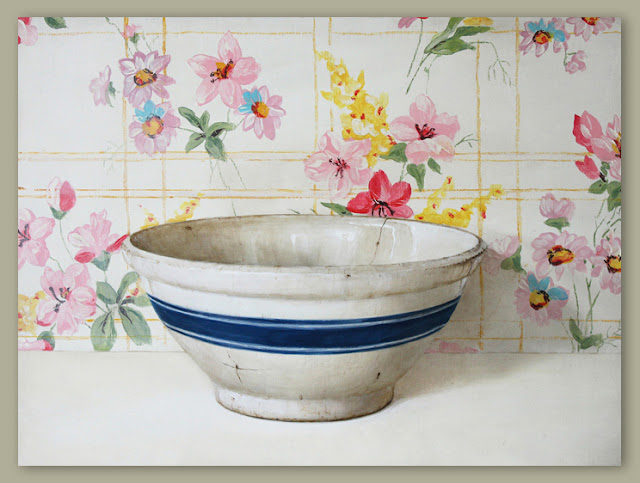 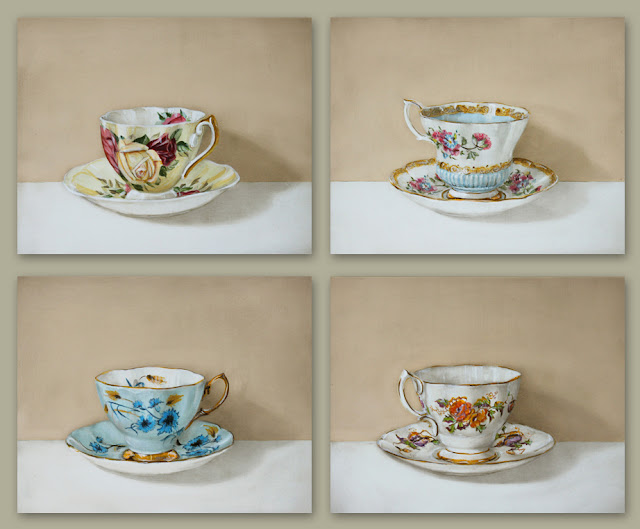 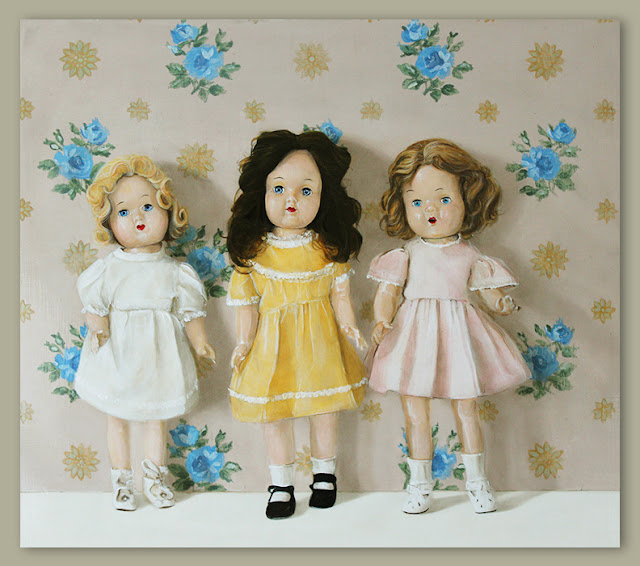 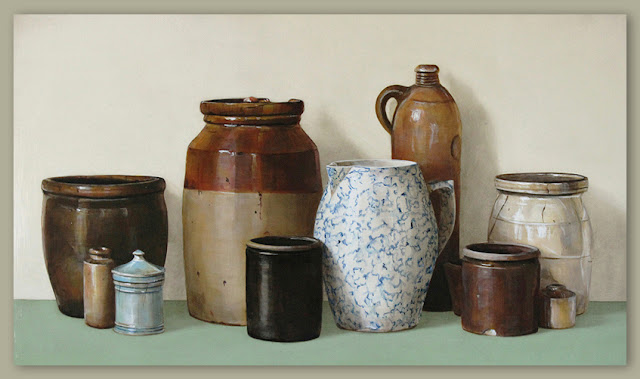 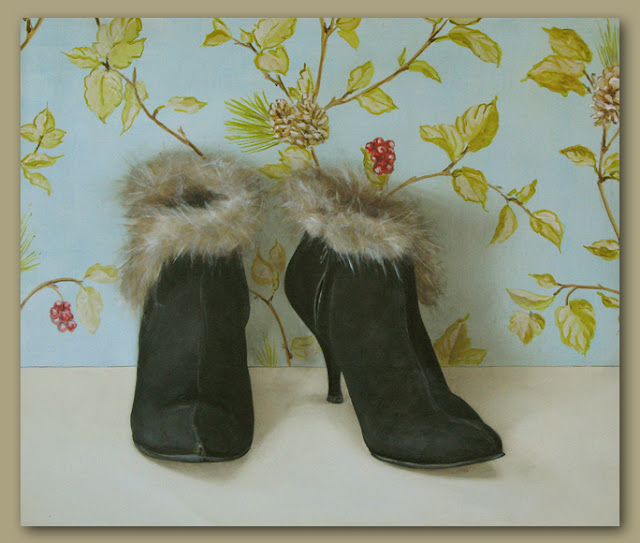 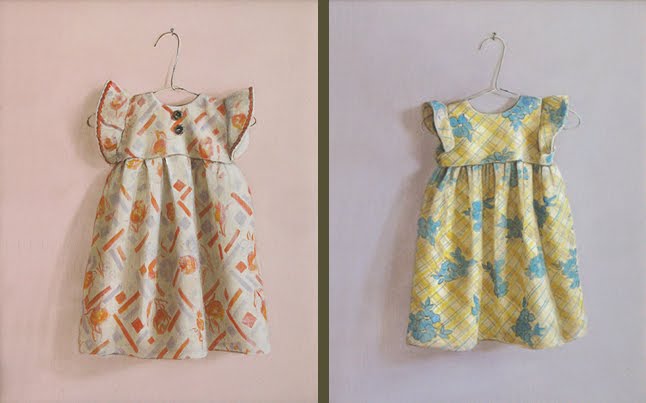 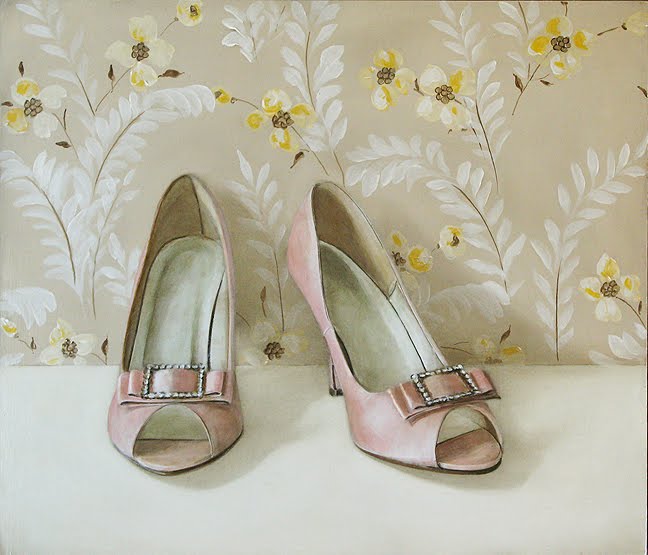 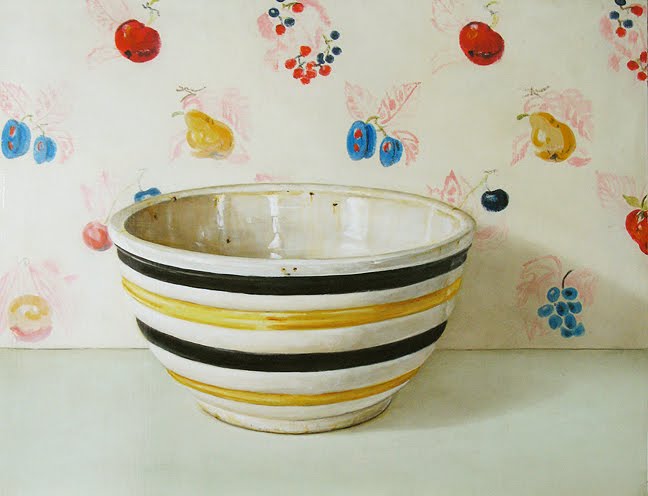 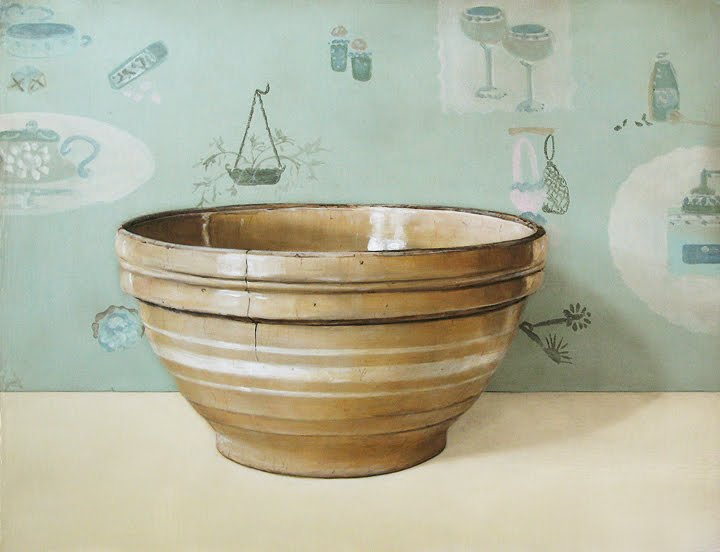 "Holly Farrell is a self-taught painter who first picked up a palette and brush at the age of 28 (she is now in her late-40s). Her first works were paintings of retro kitchen cupboard objects — drinking glasses, juice pitchers, candy dishes — or objects like simple wooden chairs and rain boots. Rendered with enough painterly flourishes so they weren’t completely photorealist, these paintings were charming and pretty accomplished from a technical perspective, but it felt like the most one could say about them was that they were very nicely done.

Farrell’s most recent paintings, however, seem like a move towards something more substantial. In a suite of 12 paintings, Farrell portrays vintage Barbie and Ken dolls from the late-50s and early-60s. The paintings are fraught with all of the baggage around gender roles of that period. (Fans of the TV show “Mad Men” would probably love these paintings.) Each of the male dolls have the same brush cut hairstyle, baby-blue eyes, earnest (and vaguely quizzical) expressions, and jackets and ties, while the female dolls have evasive doe-eyes, bee-stung lips and stiffly coiffed hairstyles. One of the ‘Kens’ is dressed in a doctor’s smock, while one of the ‘Barbies’ sports a nurse’s cap. All of the female dolls are depicted against colourful floral backgrounds suggestive of the wallpaper in domestic settings, while the men are set against neutral backgrounds; the implication being that, for the most part, women’s movements were, at that time, limited to particular spheres, while men could pretty much go anywhere (although those places were also rather conformist and sterile). In two slightly larger paintings, the Barbies escape their domestic settings, but only on the arms of their men — one is a wedding portrait, while the other shows the ‘happy couple’ on vacation at the beach.

Such subject matter suits Farrell’s tightly controlled painting style, allowing her to capture the sense of the uncanny that arises from any representation of a human being (and these are representations of representations, which further amplifies their otherness). The feeling of strangeness is also enhanced by the paintings’ sizes, which are on the small side of most painting nowadays, but the subjects are still bigger than life. While nostalgia may have motivated Farrell to paint these works, viewers are also reminded of the role even seemingly benign things such as toys have had in suggesting who we should aspire to be.
Published in Magenta Magazine Online, Fall 2010, Volume 1, No. 4" 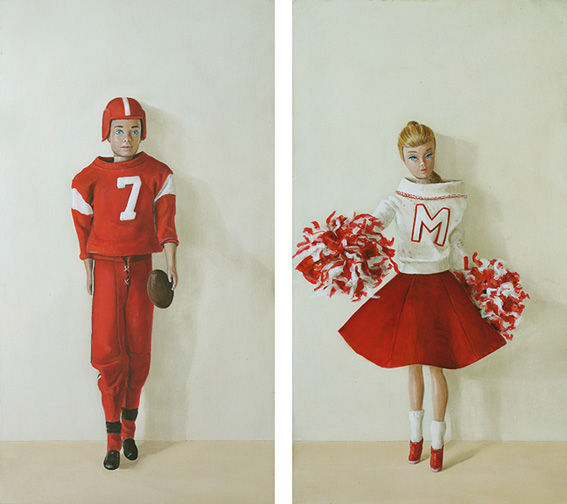