Gabor A. Nagy is fascinated by the depths of the human psyche, our subconscious, desires, dreams, anxieties and fears, as well as those happenings in the world out there whose effects linger in the subconscious. With his paintings he seeks to establish links between our most secret inner workings and the entirety of our lives. There are countless examples of such investigations in the history of art, literature or film, from Hieronymus Bosch to Percy Bysshe Shelley, from Salvador Dali to David Lynch, but the chaos and indeterminacy of Gabor A. Nagy’s approach has a distinctly 21st-century quality to it, what with the simultaneous presence of “sex, drugs and rock’n’roll,” childhood traumas, grown-up addictions, neuroses, politics, films, electronic music and the Internet. He is interested in creating an atmosphere in which the diverse elements turn into their own opposites: the certain becomes uncertain, the familiar unfamiliar, the light dark. In his works, where the personal is combined with the impersonal, and the singular with the general, everything is familiar but nothing is exactly recognizable.

Gabor A. Nagy`s recent paintings consist of three different layers. The first layer is made up of the vivid lines of hand-painted letters, which exist as a mosaic-structured image. The second layer is the sense of the letters as a coherent text. The third layer is the painterly context of the previous two layers. The image-layer is the surface of the painting where subjective experience and the momentums of the impersonal, outside world are dissolved in the emptying of portrayal and narration, as well as into the colorful kaleidoscope of small letters. Since it often takes great efforts to identify the details of the objects depicted, his paintings provide space for the creative imagination of the viewer, thereby involving him/her in the creative process. During this peculiar interaction, the image-world of the creator is complemented and completed by images from the viewer’s own memories. The text-layer as a decontextualized emblem or expressive fragment of content goes beyond the surface. The text-fragments are never directly connected to a particular figure within the image, but rather there is a more blurred and more associative relation between text and image. Sometimes, certain repeated words become keywords or the title of the painting helps in the recognition of individual connections. The painterly context layer is created by a hand paint process. This visual structure can generate solid forms on several levels of expression, from the most sophisticated to the most radical ones. 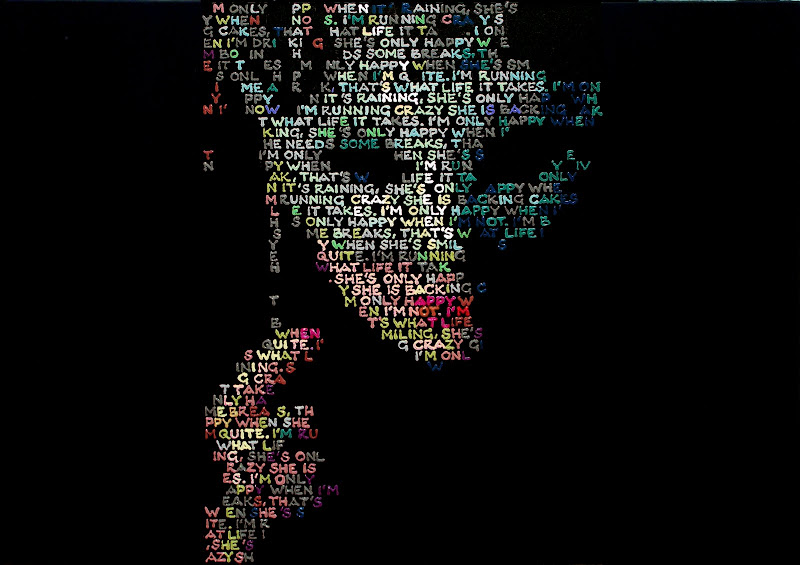 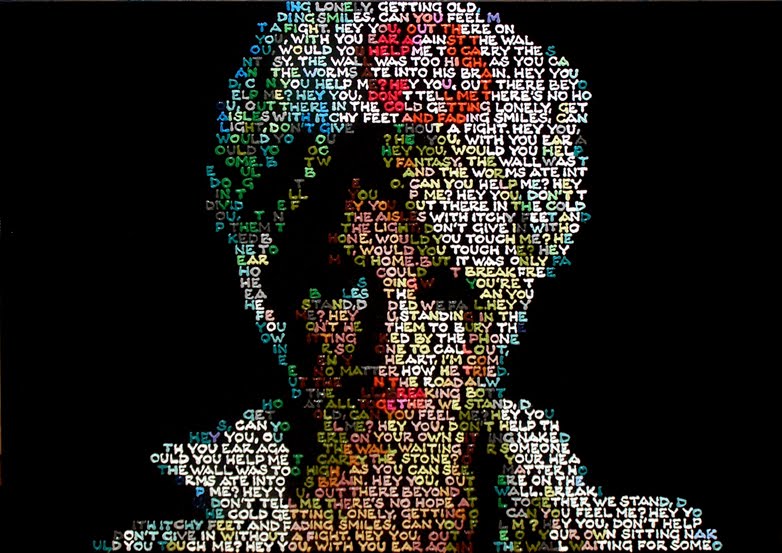 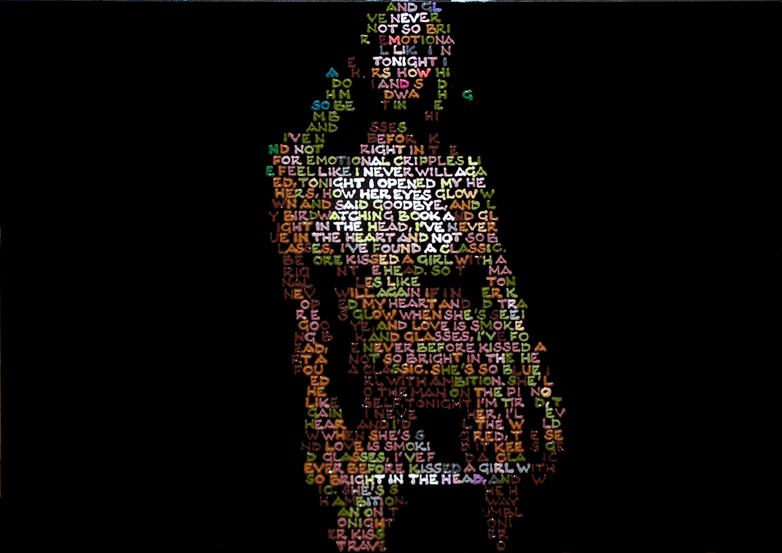