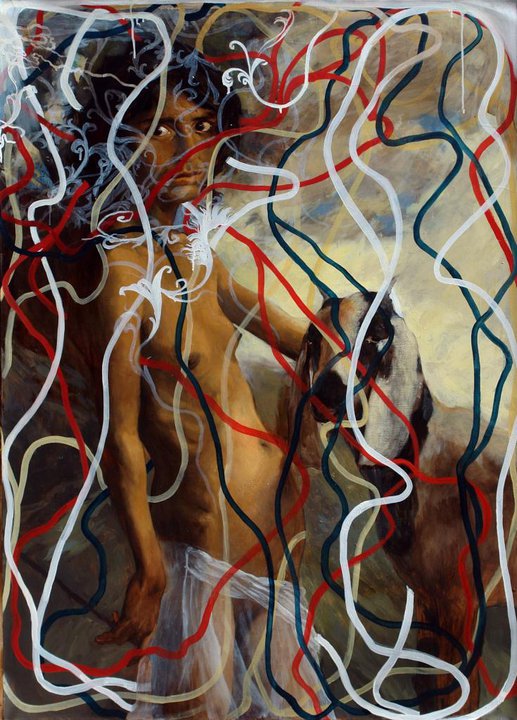 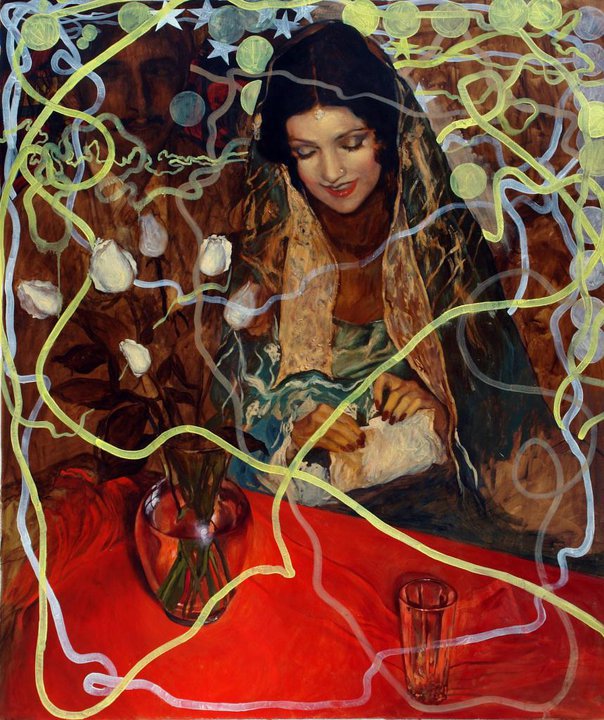 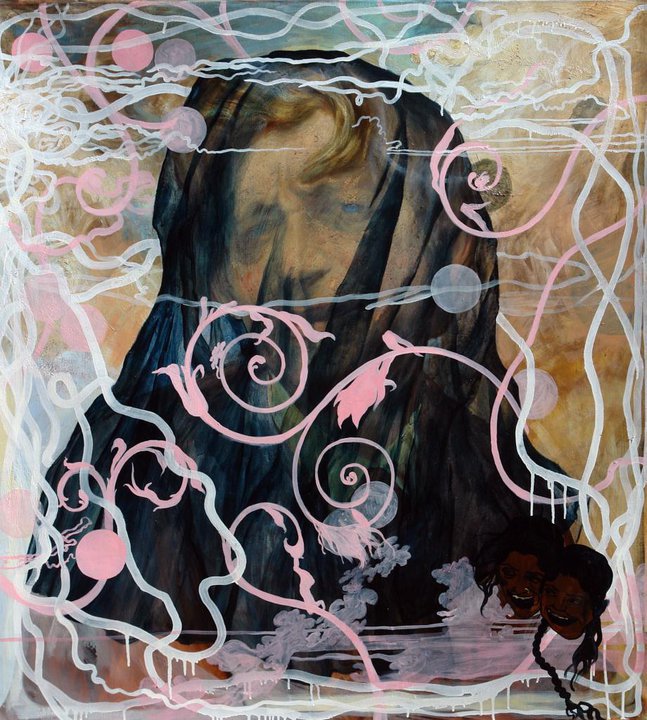 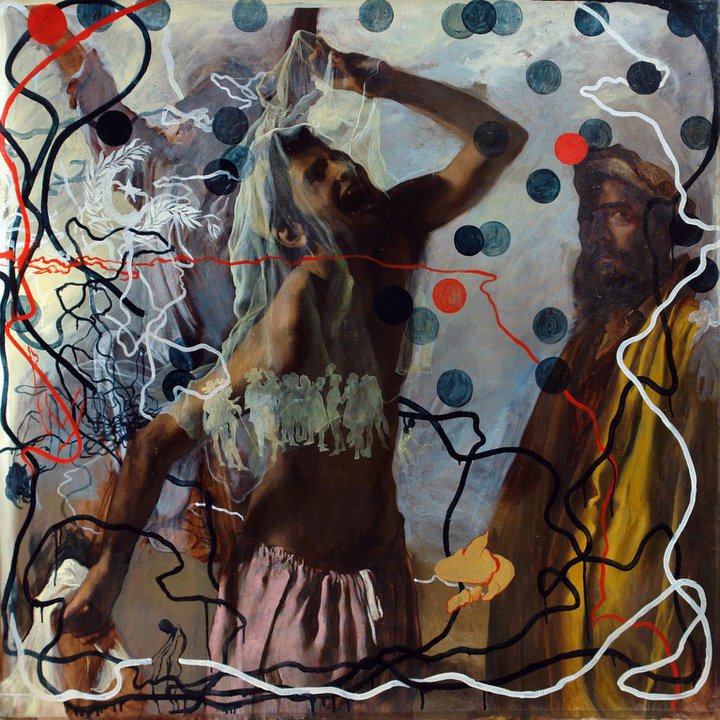 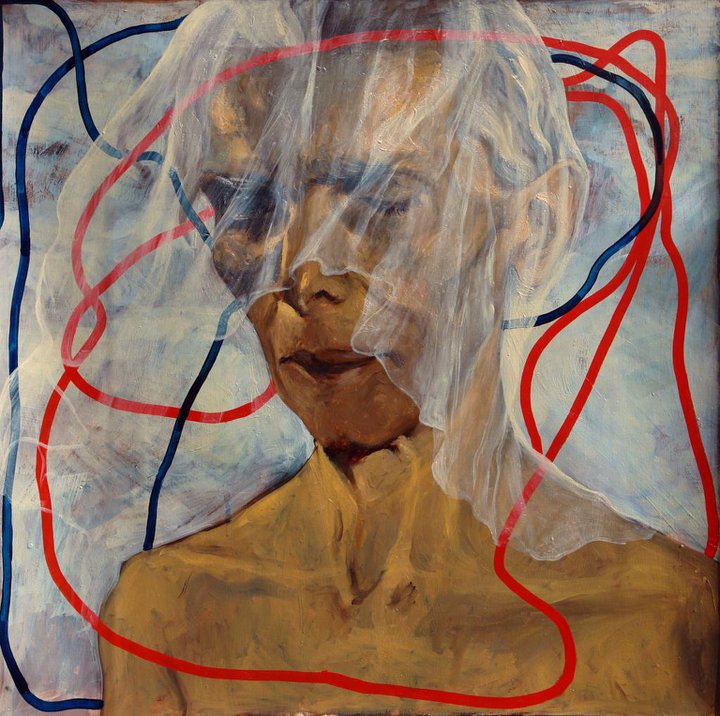 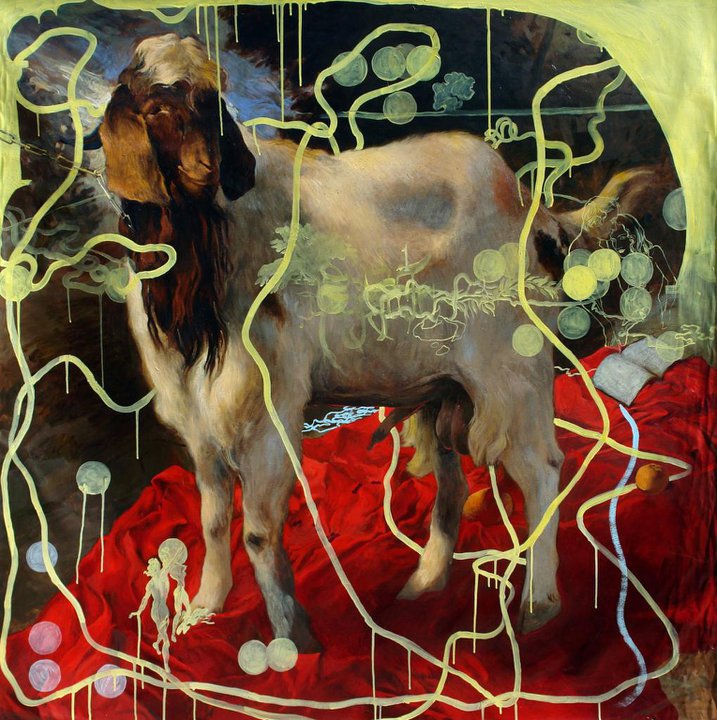 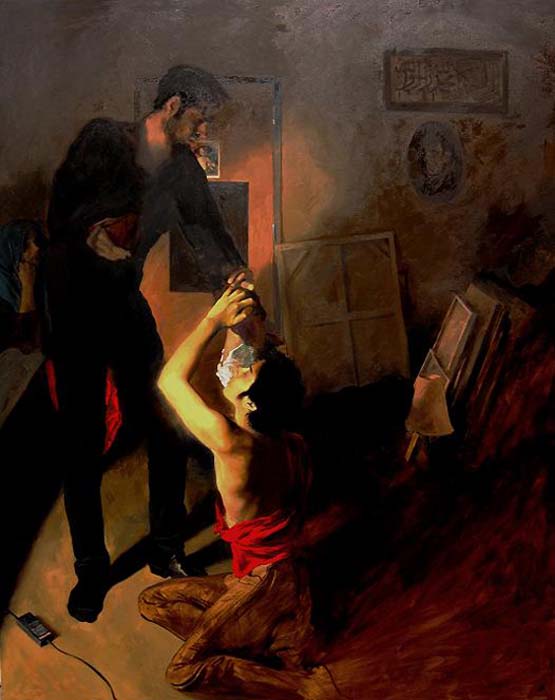 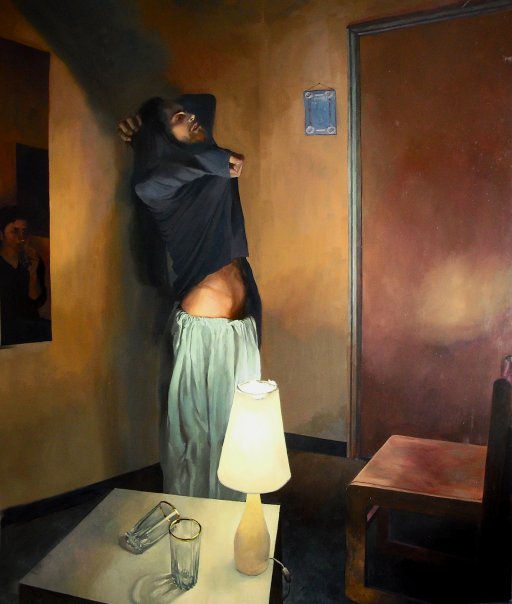 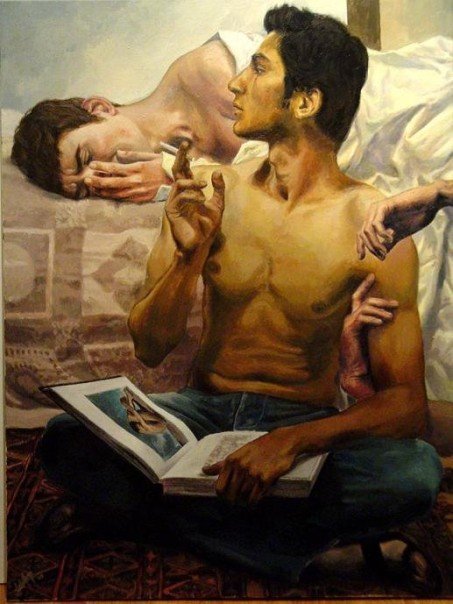 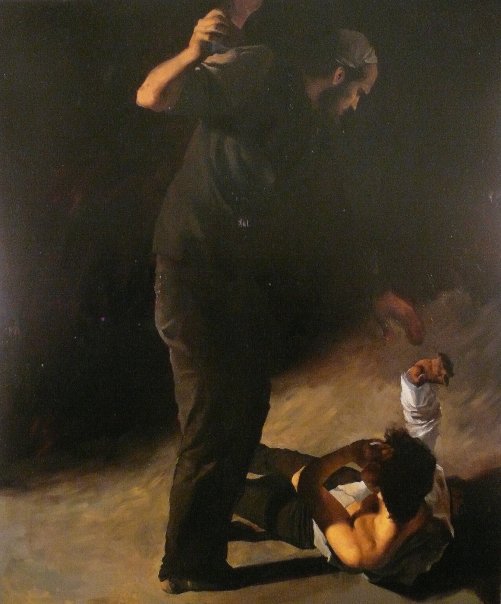 I am Pakistani but I like to use a visual language which does not belong to my cultural heritage. My work has the air of sturdy, varnished nineteenth century history painting and portraiture. The illusion that it belongs to a particular point in history is a simple guise that I use to approach the complexities of my own life. I distance myself to find a parallel in something epic and beautiful. My work employs the painterly conceit of setting characters on a stage and making them act, to freeze frame a moment full of psychological potential.

Most of the depicted scenes are dark interiors with the air of illicit privacy. The interiors are populated by one or two figures at the most. A recurring theme is the global icon of the Muslim cleric.

Youth and the Cleric is based on the Composition of Degas’ Rape. A room is lit in the center by a yellow rice paper lamp. The lamp rests on a small and low table and casts ominous shadows across the room. On the left, close to the table, is an adolescent boy, seated on a chair with body facing the viewer. He hurriedly puts on his blue Shalwaar, elastic pajamas which are part of the national dress of Pakistan. The boy is otherwise naked and fair skinned. The warm light from the lamp beautifully models his body and the shalwaar.

With his profile lit perfectly by the lamp across from him, he casts an anxious glance across the room. He is looking at an old muslim cleric. The Cleric leans slightly against the wall to the right of the composition. With one hand he holds on to the golden door knob behind him. His beard has streaks of grey and henna. His shadow towers from behind him menacingly toward the ceiling into an amorphous cloud. With his face lit from below, he looks at the viewer with a tentative expression, as though he has been caught in a compromising position. His lips are parted to reveal coarse teeth. His black coat is unbuttoned and his shoes are missing. One of his feet is cut off by the edge of the composition, breaking with the perfect stage set format of history painting.

Other compositions seem to be derivatives of this one. In Cleric Undressing, the viewer is facing a corner of the room. There is a still life of two gold rimmed empty glasses on a table in the foreground. Lighting the glasses dramatically is a lamp which also rests on the table. Behind this still life is a bearded man in the action of removing his Kameez. On his torso he wears a blue shalwaar. His smoky shadow runs across the wall to the ceiling. On his left is a mirror on the wall. The viewer can just make out a dark figure on the side of the room omitted from the composition. The figure seems androgynous and sips on a drink from another gold rimmed glass.

Coupled with the larger compositions are 24 by 36 inch portraits. They have a more or less neutral grey background. The people depicted are young and strange looking. There are girls with big hair and shocked eyes and sallow white boys with Middle Eastern Kuffiayas around their necks. They seem to be disturbed in a moment of reflection or inwardness. 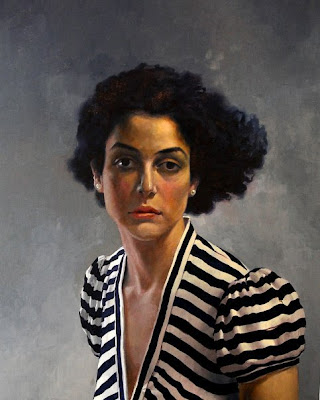 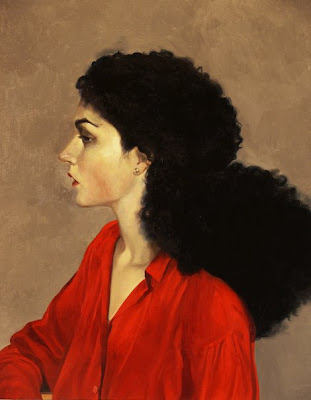 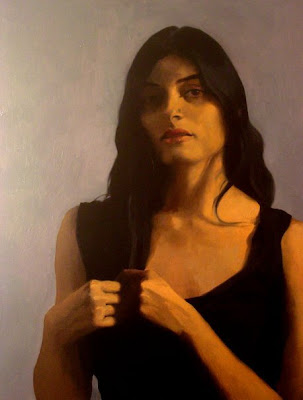 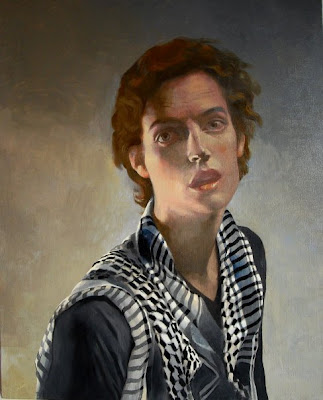